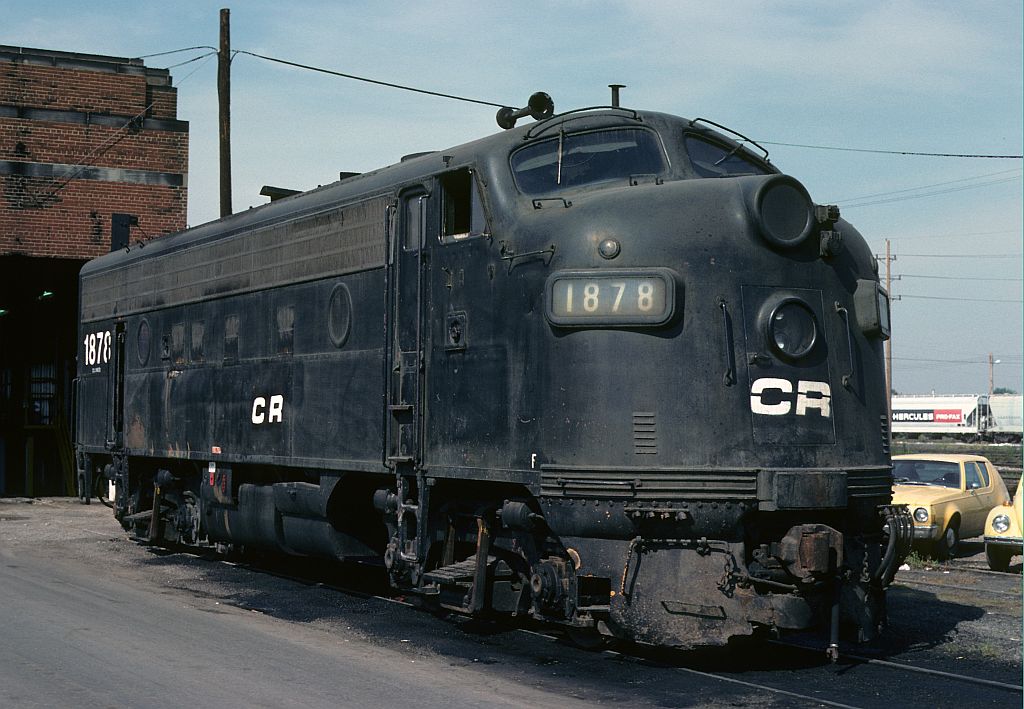 There were a few Conrail heritage units that had interesting lineage, and this F7A was one of them. It was delivered in June 1952 to the Denver and Rio Grande Western as their #5721. After a long career on the Grande, it was sold, along with others, to the Penn Central who planned on using them as trade in credit units in 1970. Out of that group there were 4 units, 2 A's and 2 B's, that were found to be in running condition, so some "PC" logos were applied and off they went to earn their keep. PC paint eventually was applied, but the A units were easy to spot due to being the only F7's to have dual headlights and non-recessed MU plug ins next to the upper headlight. All 4 made it through to Conrail- here the 1878 rests outside the P1A shop in August 1978. It would be retired in November and scrapped, a sad end to a good running unit.
Photographer
Roger Durfee
Photo Date
08/17/78
Photo Location Name
P1A shop
Conrail Road Number
1878
Builder
EMD
Predecessor Paint Scheme
PC
See More
Photos Conrail Scenic and Action Photographs Roger Durfee's Conrail Photography Roger Durfee's Early Conrail Action
Photos Conrail Locomotives EMD - GP, SD, SW, F, and MP Series EMD F Units EMD F7
Photos Conrail Facilities Locomotive Shops, Maintenance facilities Collinwood locomotive shops 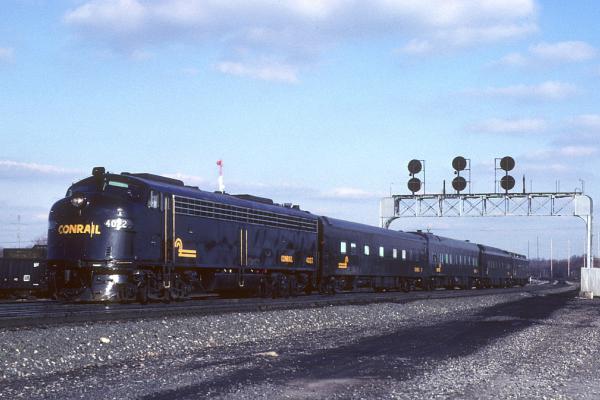 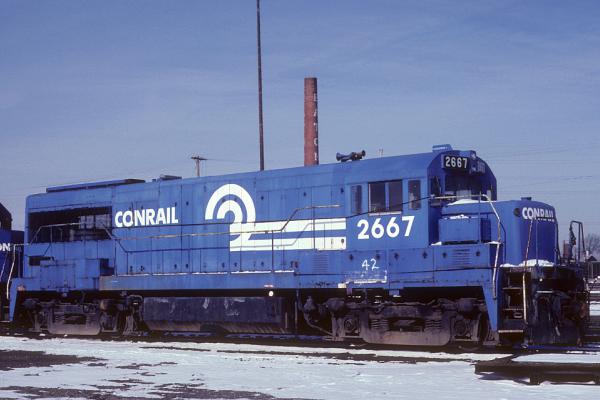 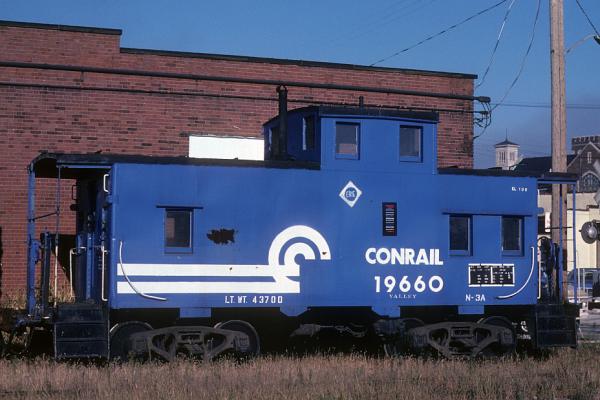 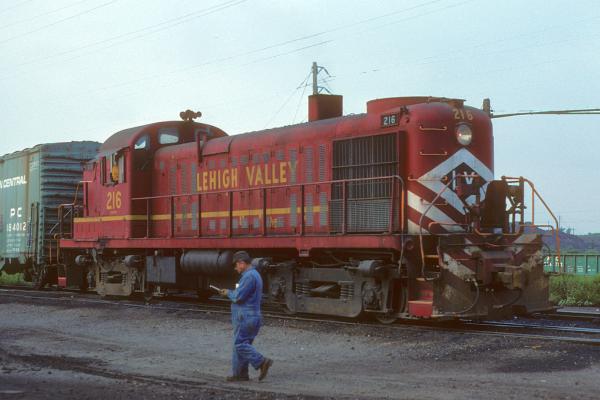