By 1991, little remained of the Conrail that was formed 15 years prior. Early fleets of SD45s and U-Boats had given way to new SD50s, SD60s, and Dash-8s to power mainline trains. Older Geeps were still holding on, but the vast majority of the fleet had been Conrail from the start. Not only had Conrail survived; by this point, it was a world-class railroad. 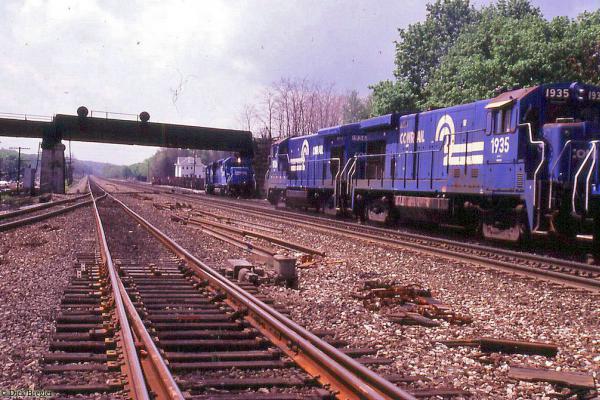 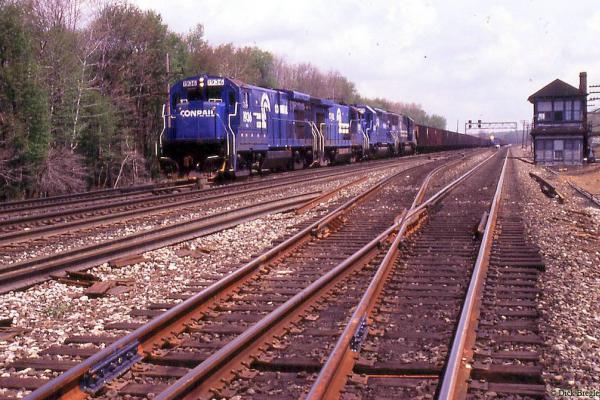 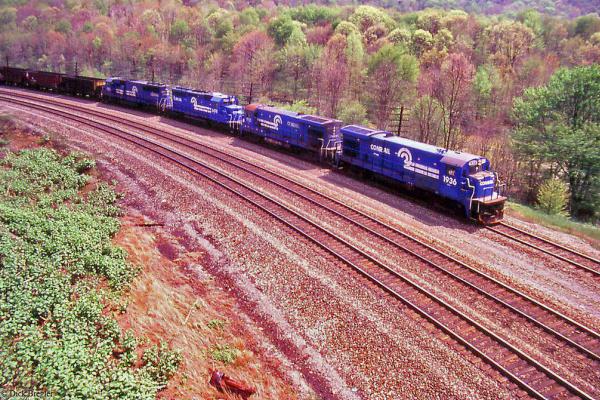 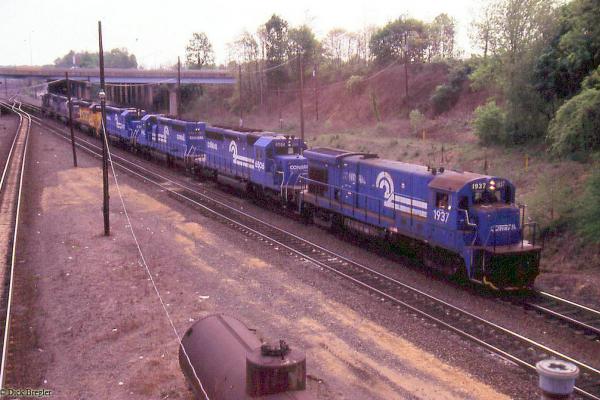 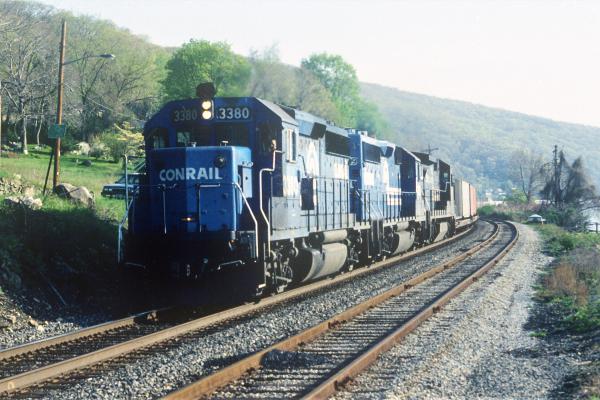 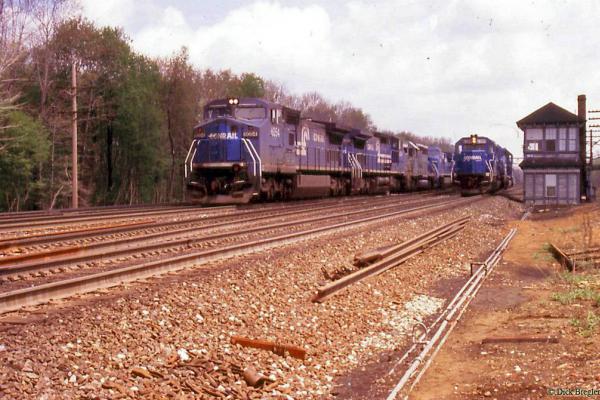 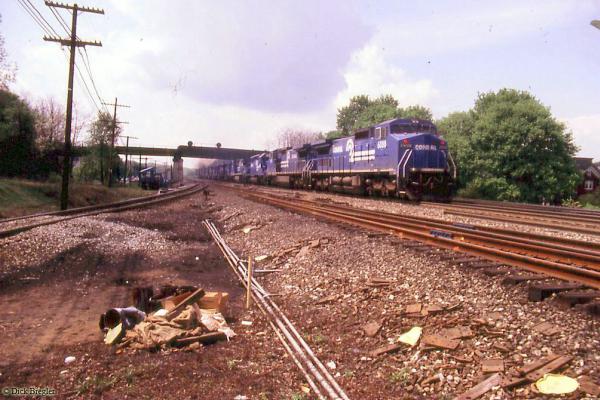 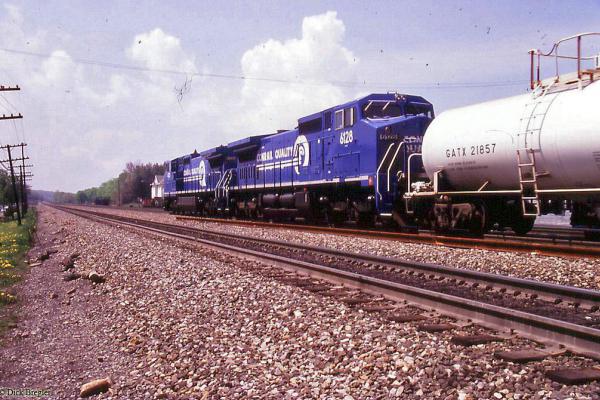 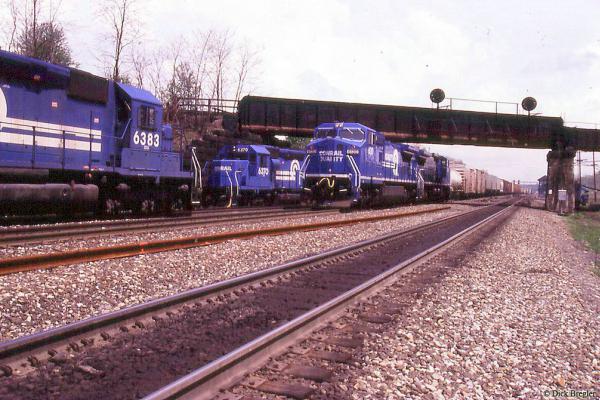 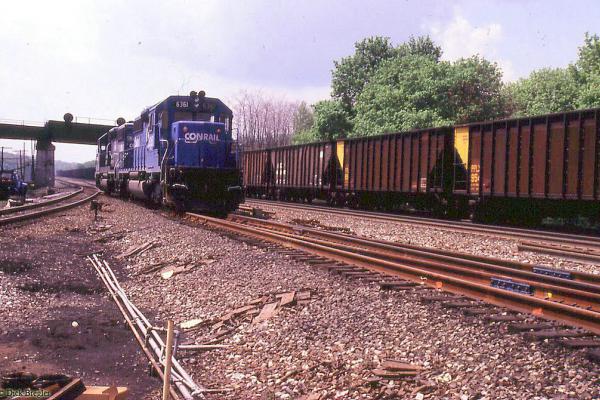 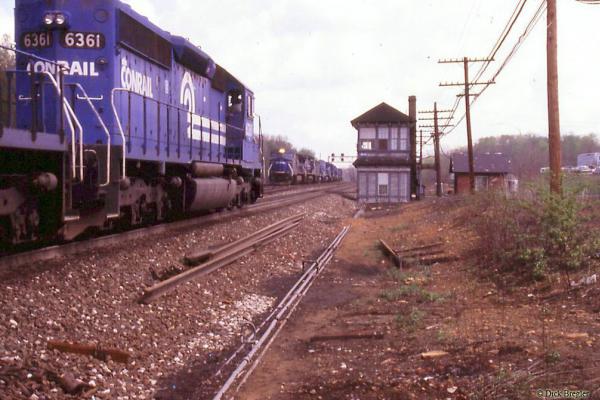 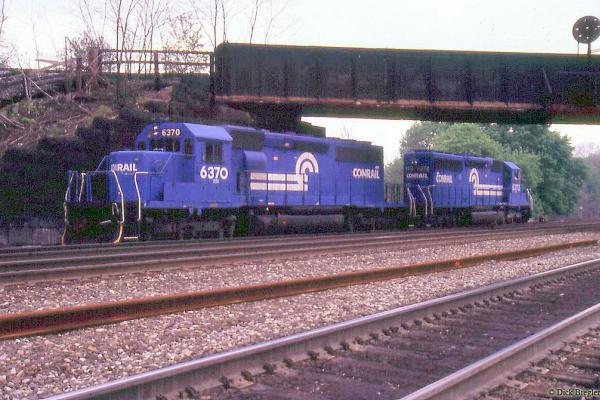 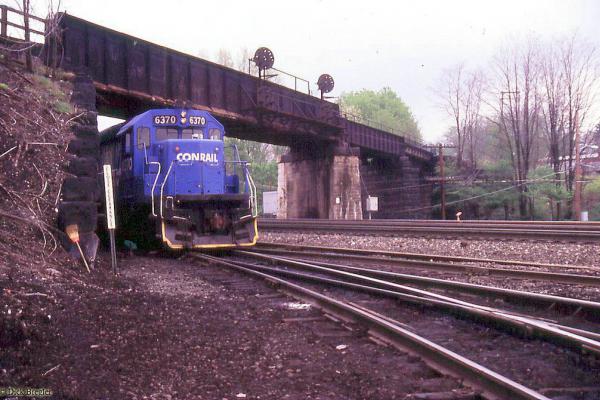 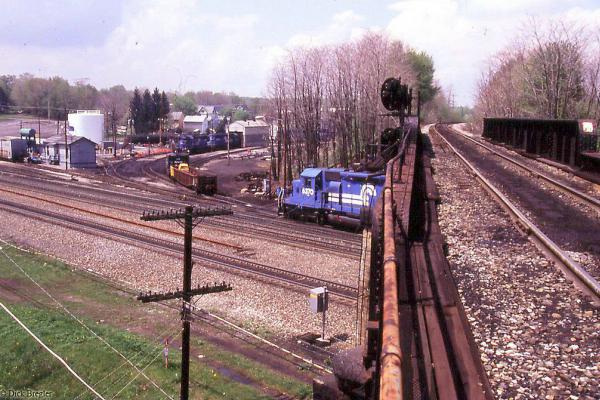 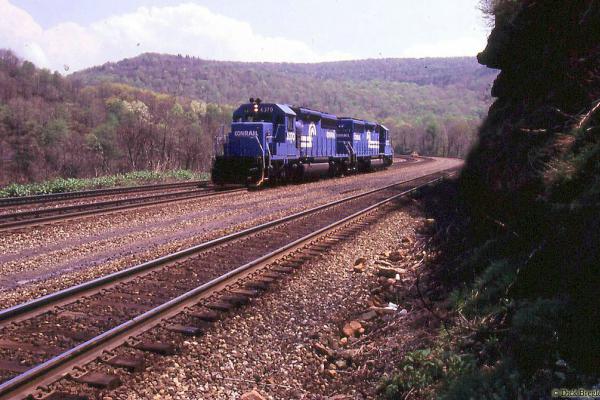 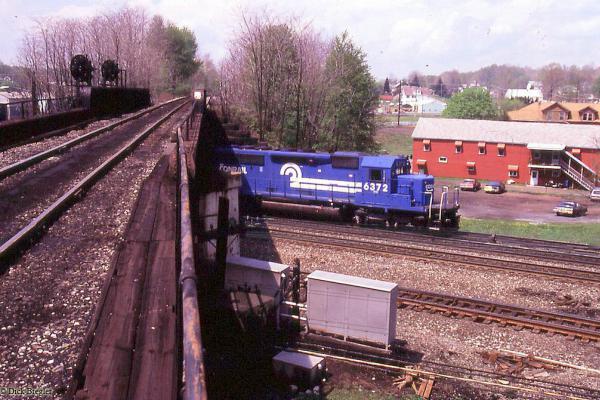 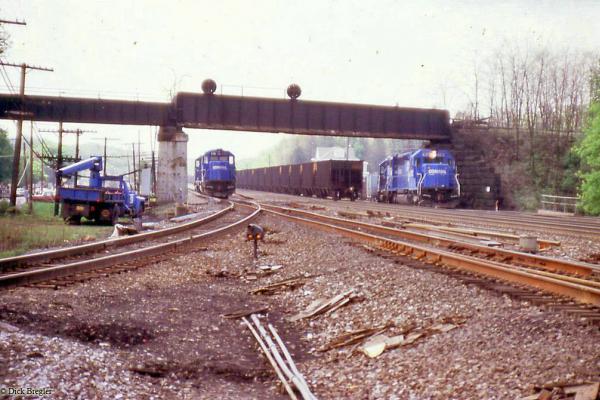 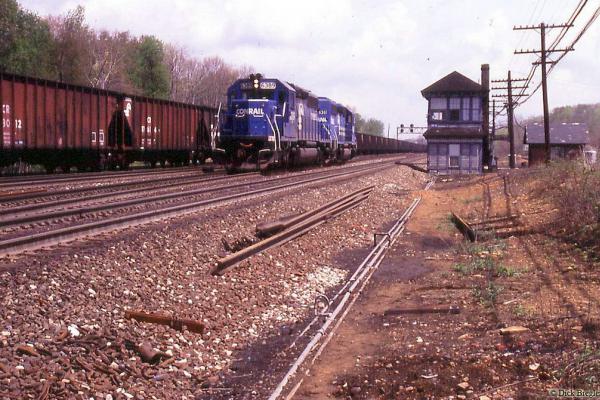 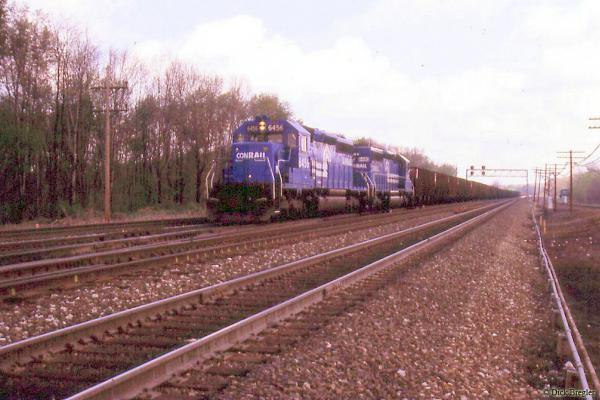 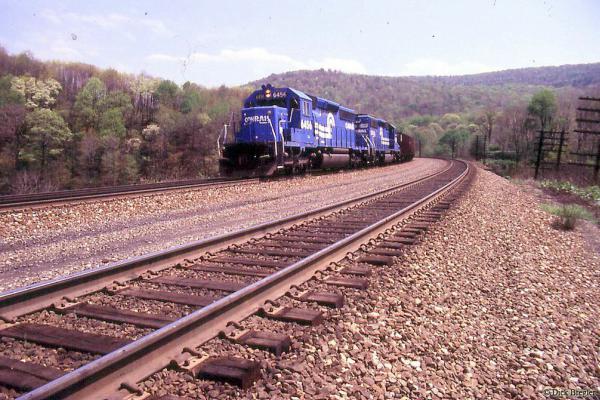 CR 6456 on the Pittsburgh Line 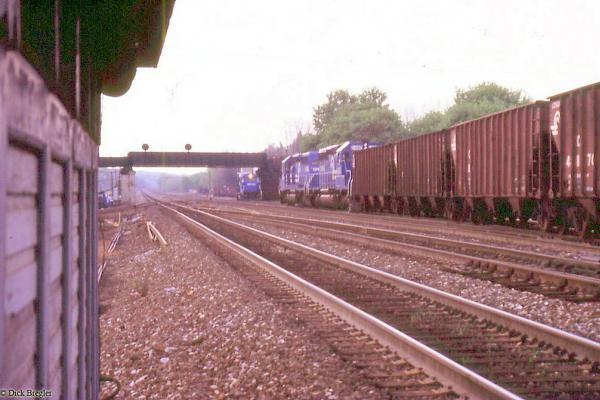 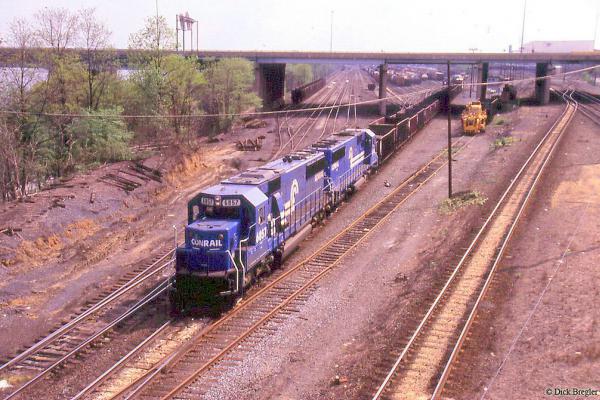 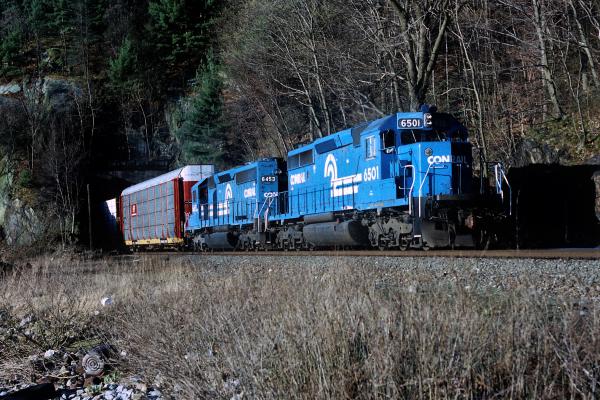 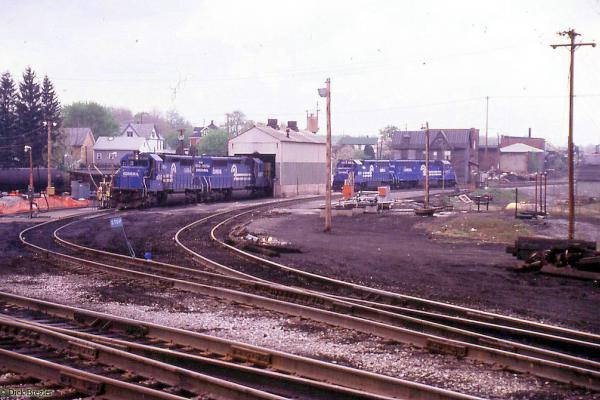 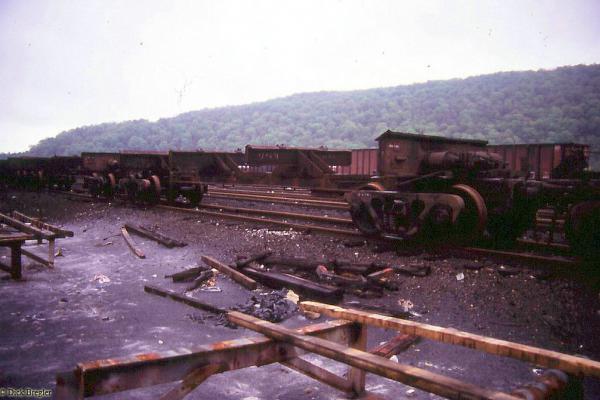 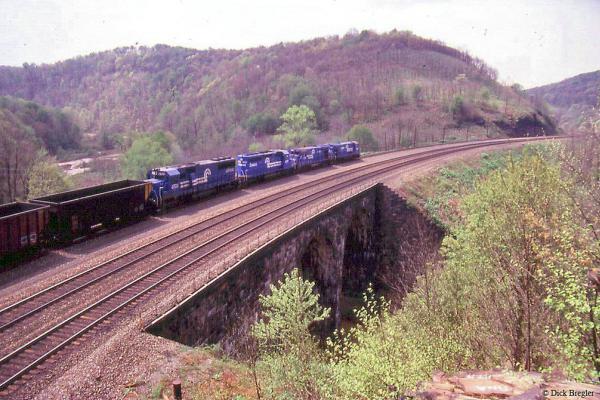 Westbound coal on the west slope