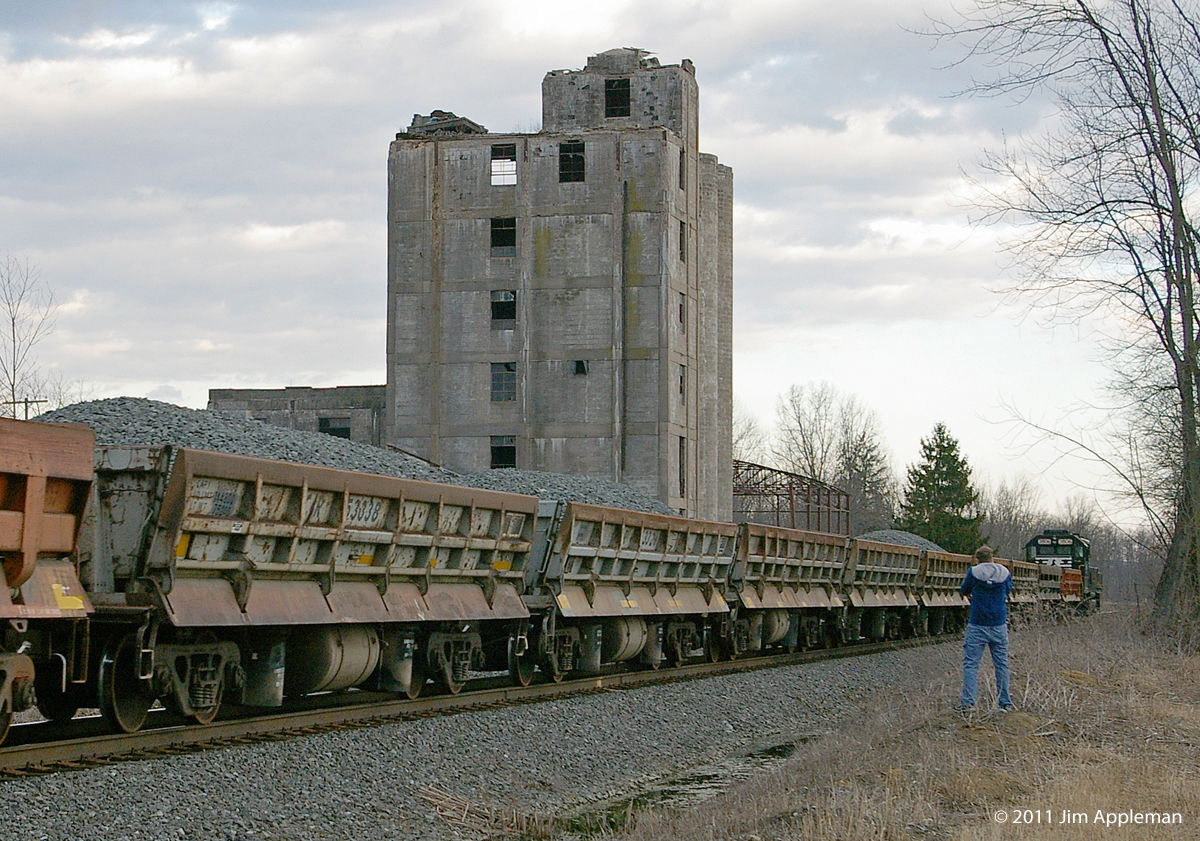 NS 90T ballast train had various ballast cars including CR 53338 and other SD42A cars, seen heading west after finishing its work east of here. NS 3806, ex-CR 6934, now retired was the power on the east end with NS 4154 leading on the west end.

Local landmark Herr's Mill, undergoing demolition, would come crashing down two weeks later in a pile of rubble on March 26, 2011. 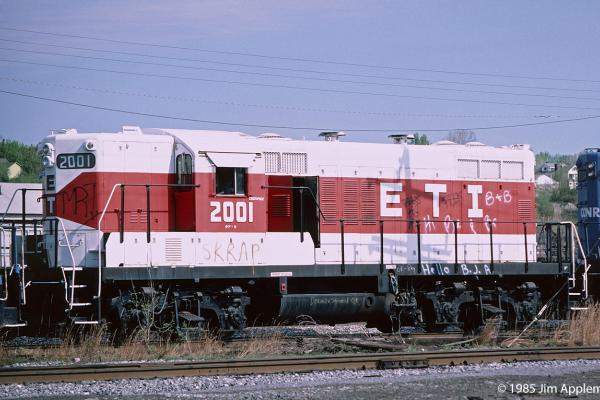 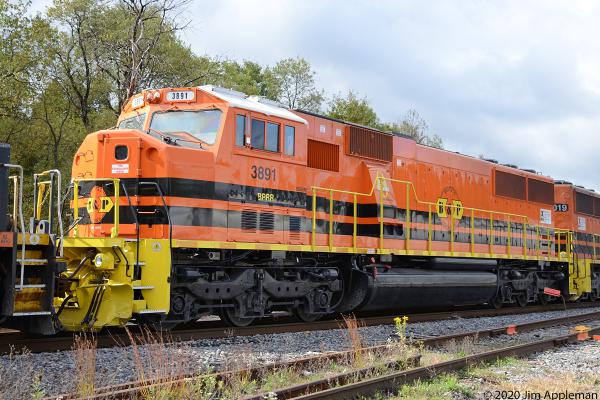 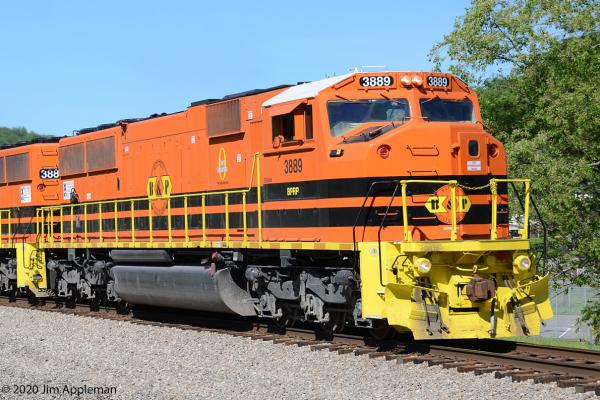 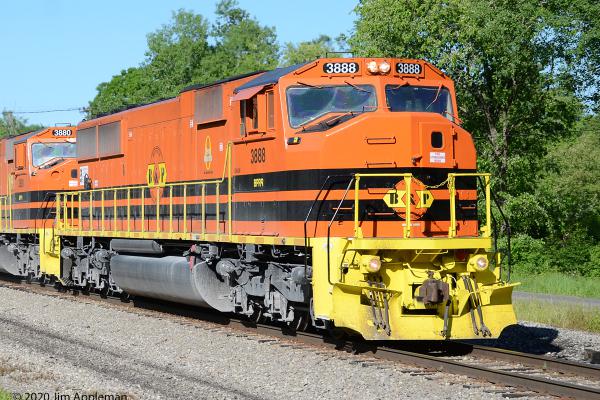