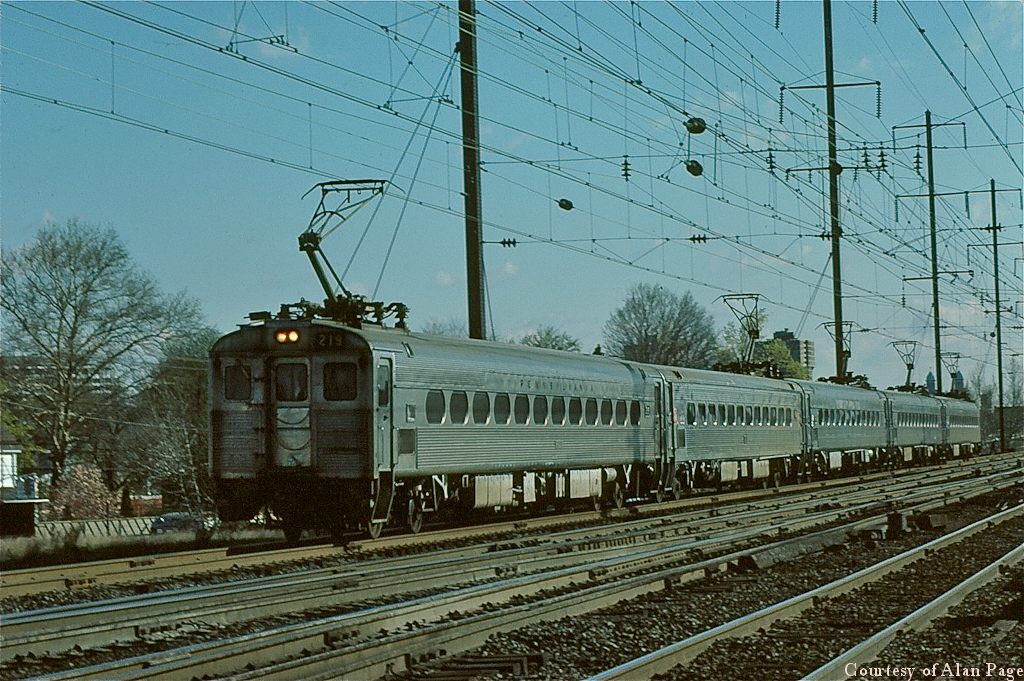 Former PRR MP85B 219 leads a quintet of Silverliners through Morrisville in April, 1977 during the 44-day March 25 to May 8 Septa City Division transit strike.

A year after the Conrail startup, lead MU 219 remains lettered Pennsylvania and the second MU shows off her PRR keystone.