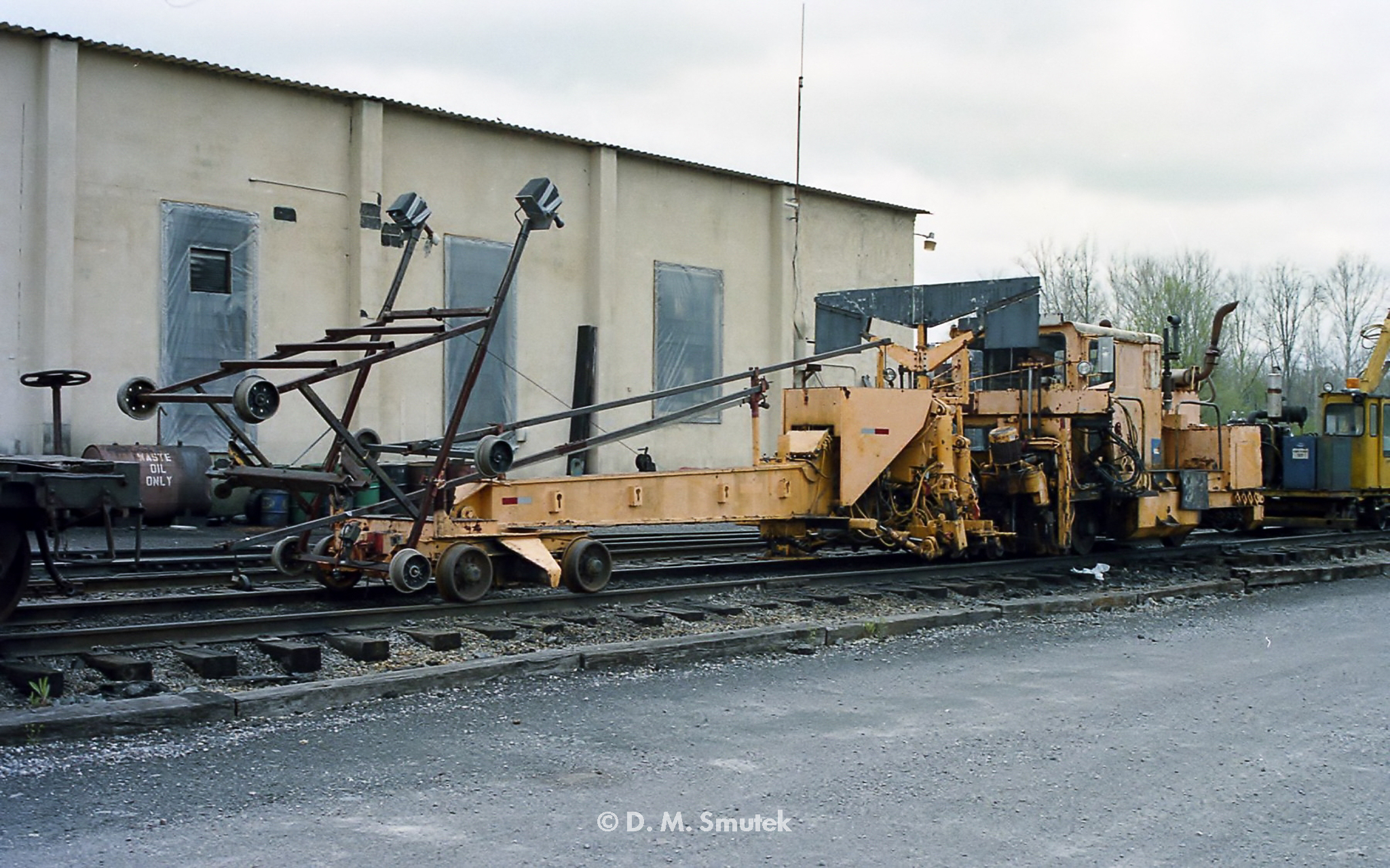 Former CR ballast tamper ME 5021 is seen on the New Hope & Ivyland in New Hope, PA in spring 2007. This is a Tamper Mark II Series ES-TD-AG Production & Switch Tamper, equipped with a Torsion Beam, Delta Levelling System and Auto-Graphliner used for surfacing and lining. Following the breakup of Conrail, CSX and Norfolk Southern found themselves with a large surplus of MW machinery. As a result, many older CR machines were sold to short line and regional railroads. 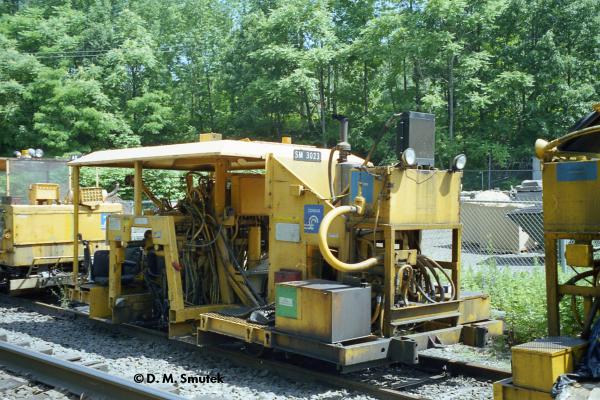 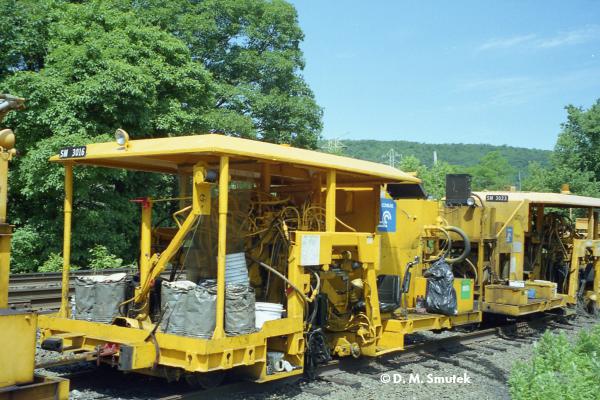 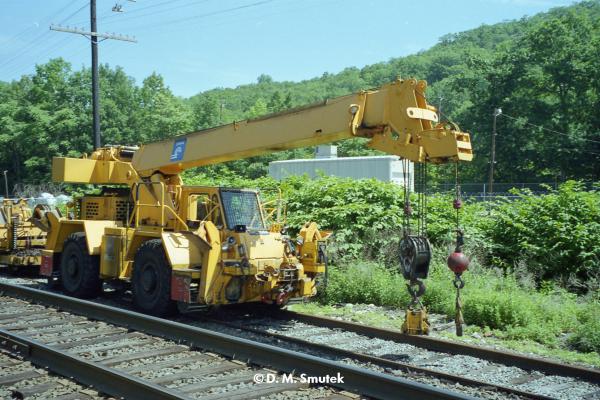 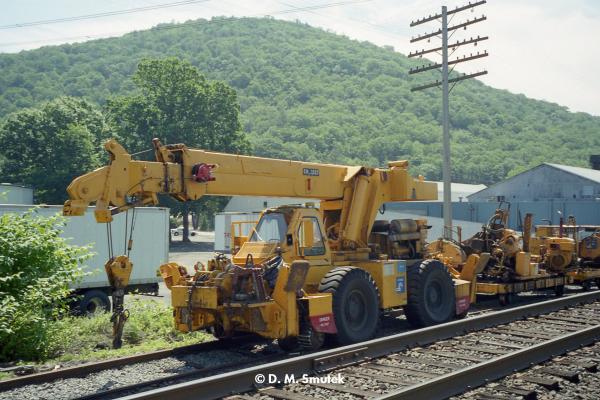