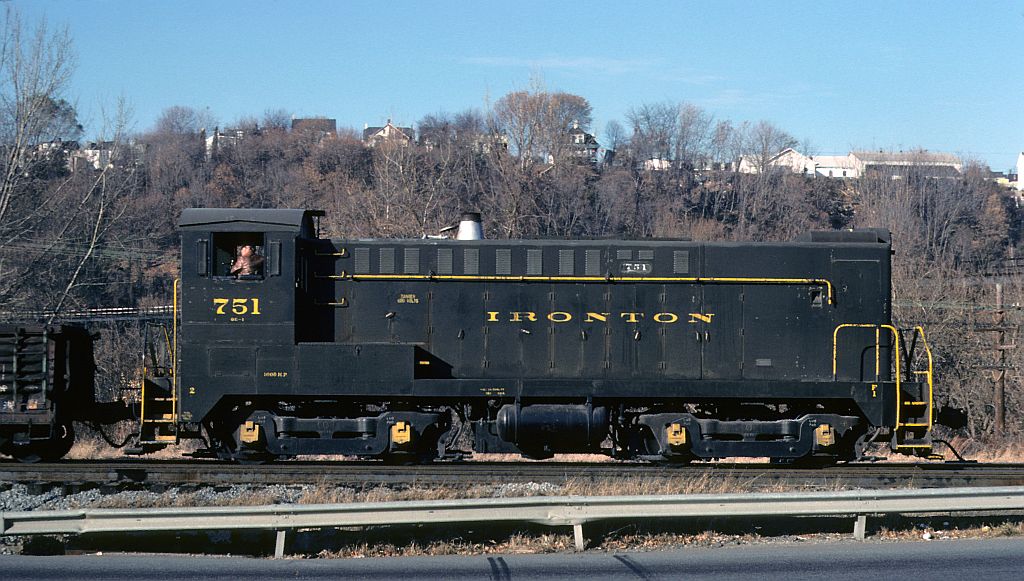 Another little part of Conrail back in 1976 was the Ironton Railroad, a small line in Eastern Pa that was heavily influenced by the Reading. They brought one unit, Baldwin DS4-4-1000 #751, to the roster, and it was assigned Conrail number 8354 although it was never officially renumbered and was retired in 1977. Here's proof that Conrail operated at least one pure Baldwin locomotive- Ironton 751 was found working on the former Lehigh Valley in Easton,Pa in Nov 1976. A well maintained unit, it's days were numbered due to it being a loner from a long gone builder. There were 17 pure Baldwin units that made the CR roster on 04-01-76, but this is the only one I know of that actually ran for a time. The others were in deadlines on the former PRSL.
Photographer
Roger Durfee
Photo Date
11/26/76
Photo Location Name
Ex LV main
Conrail Road Number
8354
See More
Conrail Scenic and Action Photographs Roger Durfee's Conrail Photography Roger Durfee's Early Conrail Action
Conrail Locomotives Baldwins