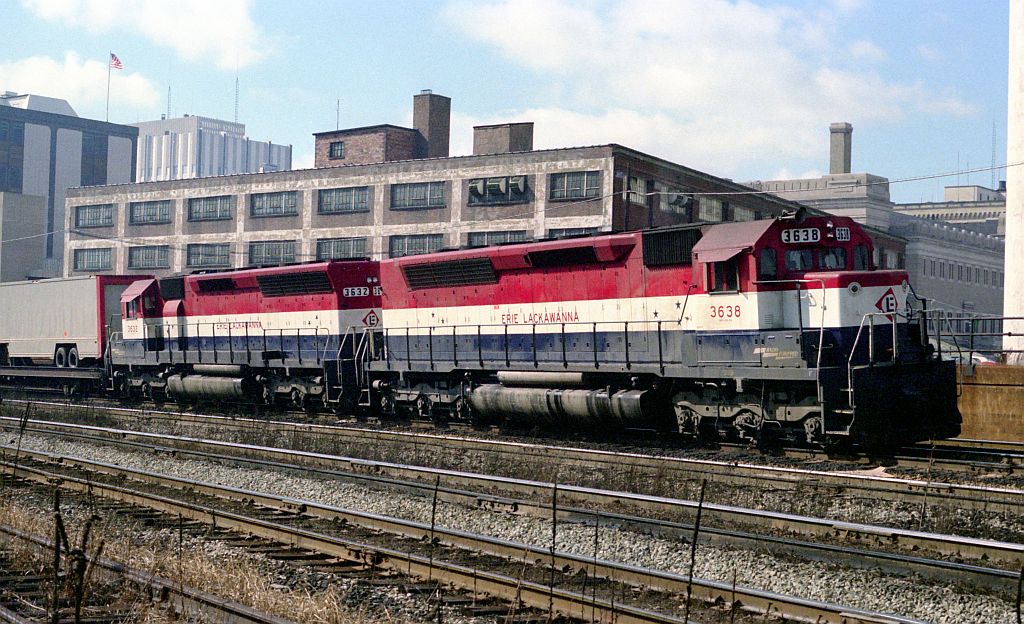 Since today is the 4th, I'll toss this on the site. Both of these Erie Lackawanna RW&B units would become property of Conrail in a few months and get new numbers, 6669 and 6097, and run in this paint for a couple of years before dress blue was applied. The 3632/6097 survives today as the engine test bed at Altoona (ex CR Q1). In this photo 2nd NY100 cools it's wheels at JO in Akron for a Chessie to cross over in front of them. You can tell JO was a PC/Chessie controlled tower, as anyone in an EL tower that stopped this train would probably be unemployed after doing so!
Photographer
Roger Durfee
Photo Date
12/17/75
Photo Location Name
JO interlocking
Conrail Road Number
6669
Builder
EMD
Predecessor Paint Scheme
EL
See More
Conrail Scenic and Action Photographs Roger Durfee's Conrail Photography Roger Durfee's Early Conrail Action
Conrail Locomotives EMD - GP, SD, SW, F, and MP Series EMD SD45
Conrail Locomotives EMD - GP, SD, SW, F, and MP Series EMD SDP45
Special Topics Conrail Bicentennial Units