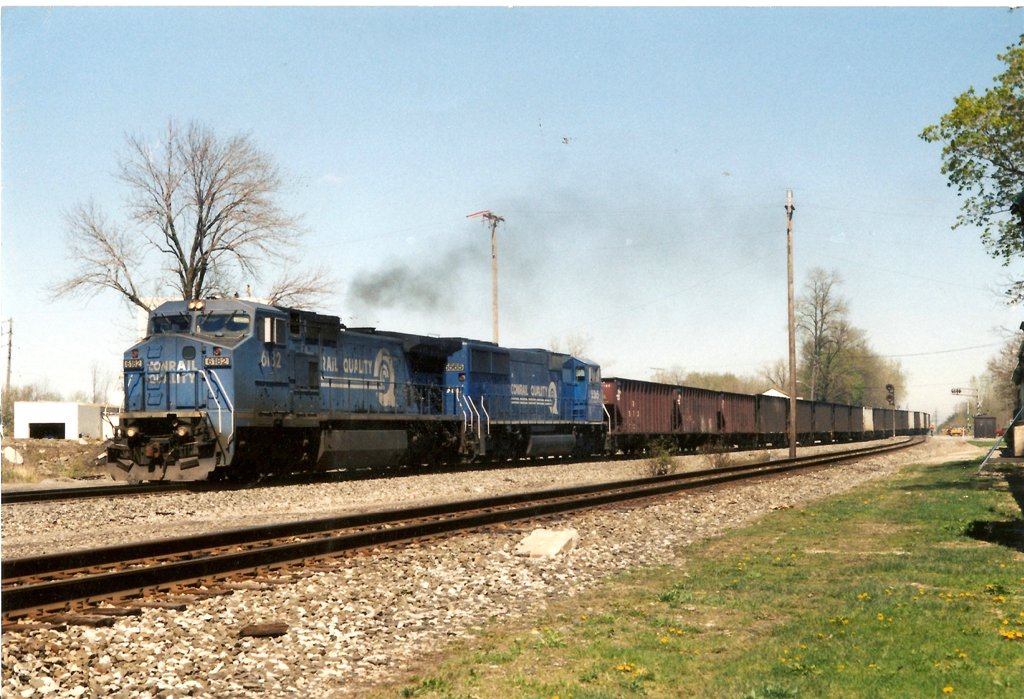 An empty hopper train is making its way through Berea, OH in early May of 1997. Leading the consist are CR C40-8W 6182 and CR SD60M 5565. This westbound train is just about to pass Berea tower (CP-194 Chicago Line) and has just come off Cleveland's "Short Line" or "Belt line" (as some call it). It is taking the connecting track over to the Chicago Line. Things look very different now; The start of the Indianapolis Line (in the foreground) is now the double tracked CSX main. The original GRS "Type G" signals in the picture are also gone. The Chicago Line is now NS. The connecting track is still in place and fully signaled, but has been used almost never in the last 10 years (except for occasional derailment reroutes and maintenance equip storage). The former "Big Four" sandstone depot is just to the right of the photo edge, just out of sight.
Photographer
Joe Marchinchin
Photo Date
03/27/09
Photo Location Name
Berea, OH
Conrail Road Number
61,825,565
Builder
EMD
General Electric
See More
Conrail Locomotives General Electric - B, C and U series GE C40-8W
Conrail Locomotives EMD - GP, SD, SW, F, and MP Series EMD SD60M
On Location with Conrail Conrail's Chicago Line
On Location with Conrail Conrail's Indianapolis Line