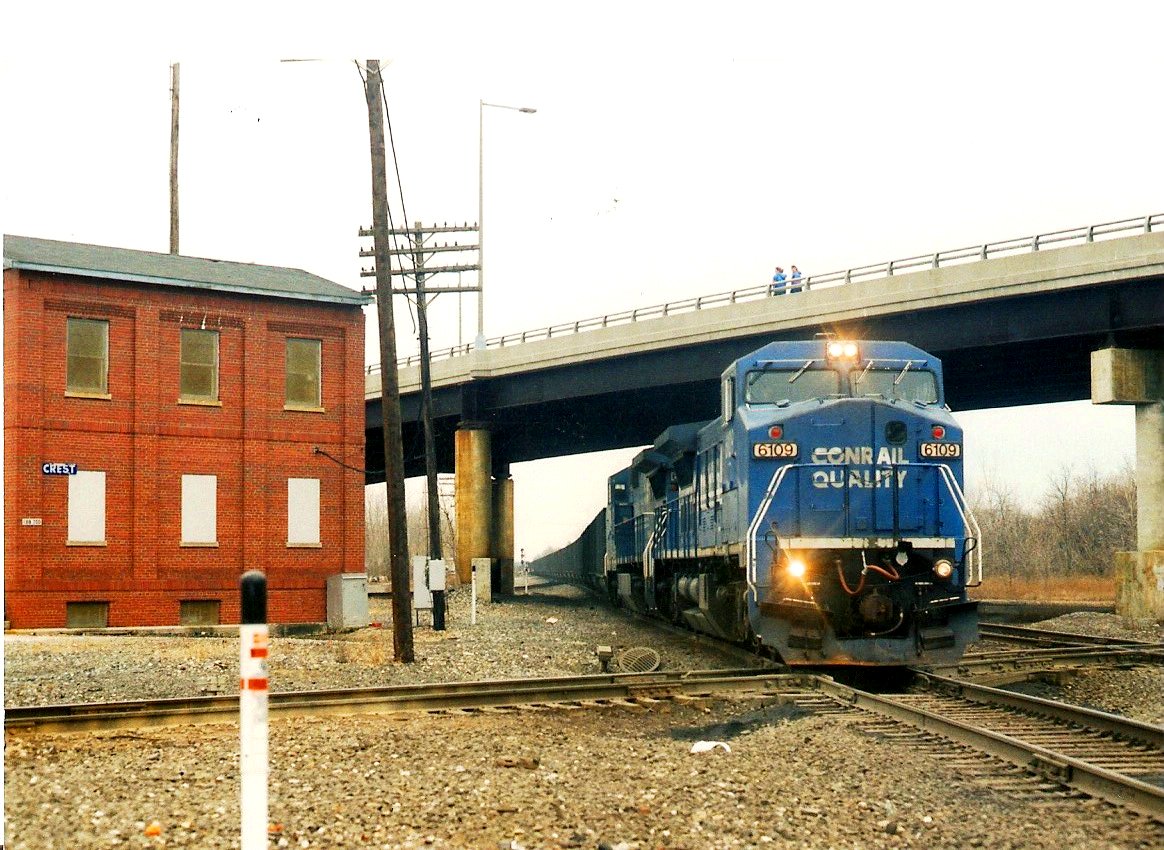 Conrail C40-8W 6109 leads a northbound (eastbound time table direction) loaded coal train through Crestline, OH sometime between Nov and Dec in 1996. This train is moving on Conrail's Indianapolis Line (ex-NYC mainline) after having just come through Galion, OH. It is crossing over the diamond which is Conrail's Fort Wayne Line (ex-PRR Phila-Chicago mainline). In the background is Crestline tower and behind it the connecting track between the 2 mainlines. At this time, the ex-PRR shops at Crestline were still standing, but were pretty much abandoned. The Indy Line is now CSX; the Fort Wayne line is now NS from Pittsburgh to the Crestline diamond. West of the diamond, the FW Line is now the Chicago Fort Wayne & Eastern (a regional railroad).
Photographer
Joe Marchinchin
Photo Date
03/24/09
Photo Location Name
Crestline
Conrail Road Number
6109
Builder
General Electric
See More
Conrail Locomotives General Electric - B, C and U series GE C40-8W
Conrail Facilities Conrail Towers
On Location with Conrail Conrail's Indianapolis Line