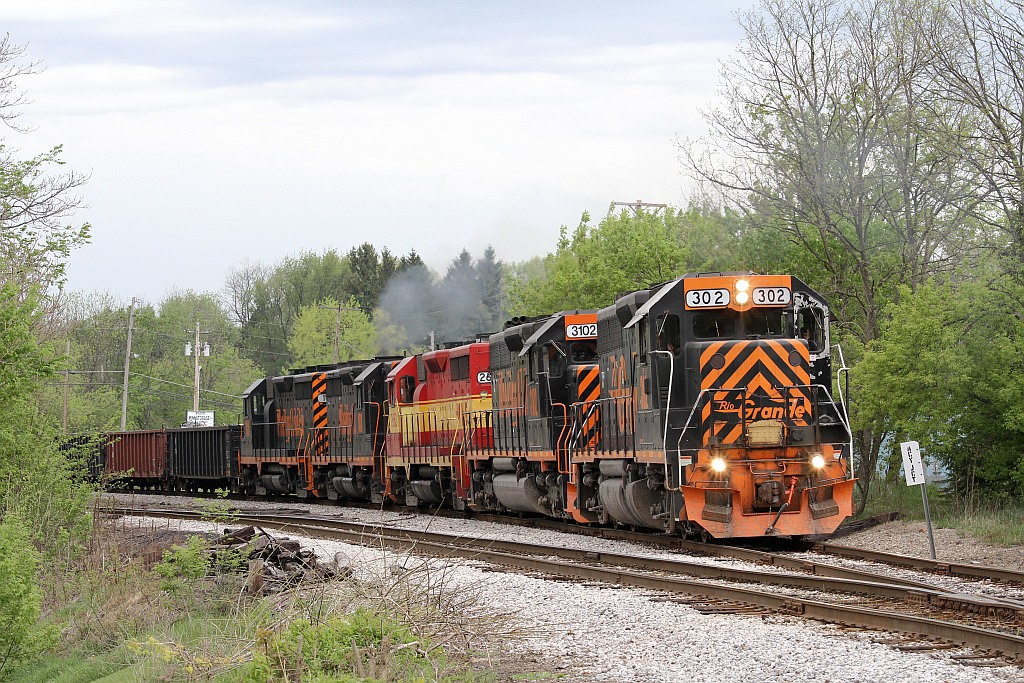 One has to dig deep to find the Conrail roots of this locomotive. It started life as Penn Central GP-40 #3113, and became Conrail 3113 after April 1st 1976. It would serve CR until being sold to the Denver and Rio Grande Western in 1983 as their 3131. The Union Pacific (successor to the DRGW/SP) would sell the unit to the W&LE in December of 2001 and it would run for a short while as WE 3131. The Wheeling would rebuild it to "GP-40-3" standards and renumber it to #302....but retain it's Rio Grande paint scheme. Shown here passing ACY Junction in Mogadore, Ohio as it leads a southbound scrap train from Falls Junction to Canton, Ohio.
Photographer
Roger Durfee
Photo Date
05/01/10
Photo Location Name
ACY Junction
Conrail Road Number
3113
Post Conrail Owner(s)
Other
Post Conrail Road Number(s)
302
See More
Conrail Survivors (Equipment After 1999) Surviving Conrail Locomotives Surviving EMD Products Surviving GP40s