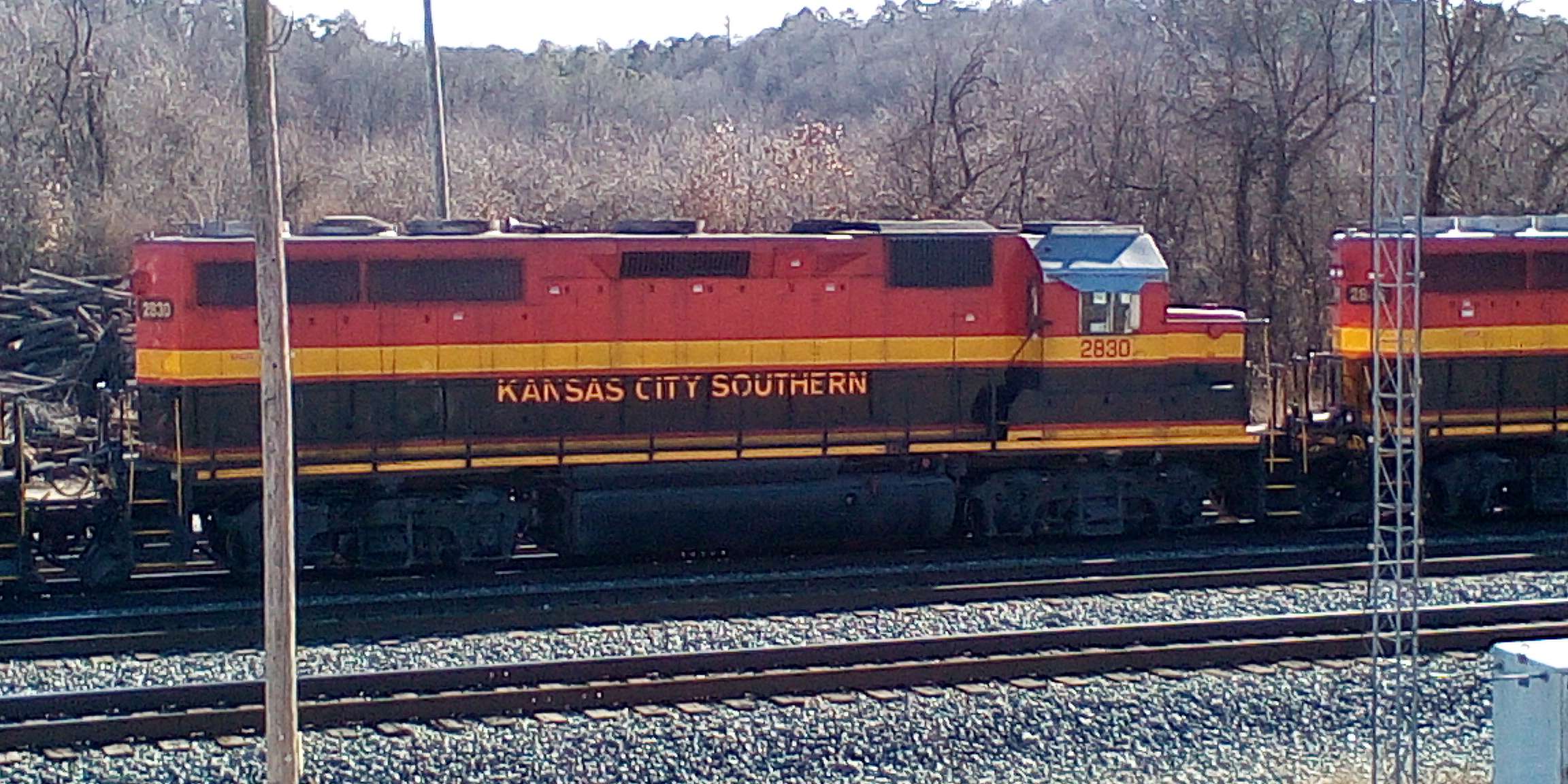 The area between Gentry, AR and Stillwell, OK has a local trio of EMD Geeps, usually a mix of rebuilt GP40's and GP38's (either of the -2 or -3 variety). I've once even seen former CN units assigned to the area. Here at the site of the former depot, we see the trio of GP40's, two former PC/CR, one former B&O. 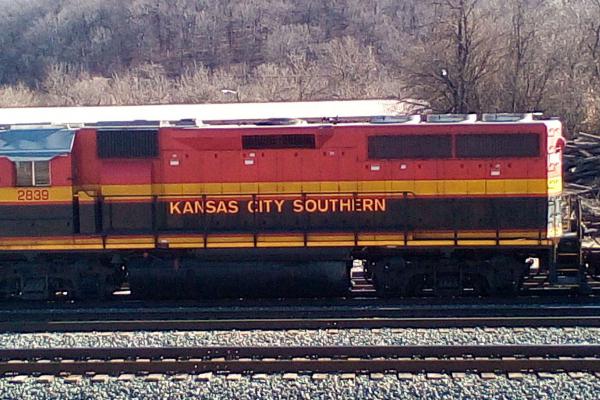 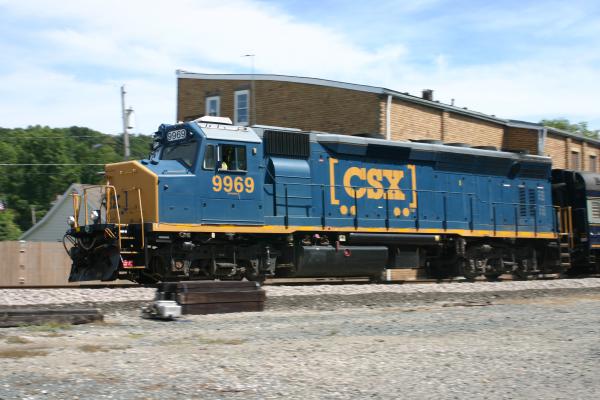 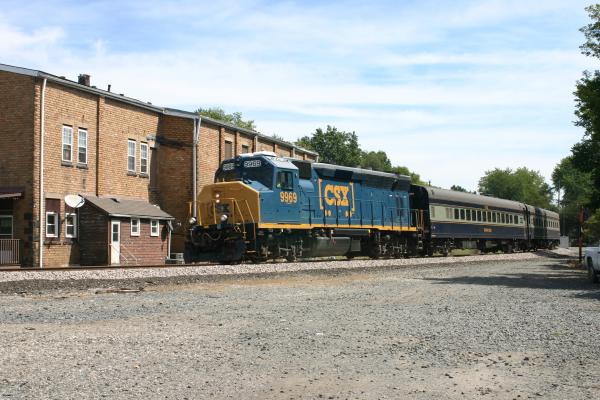 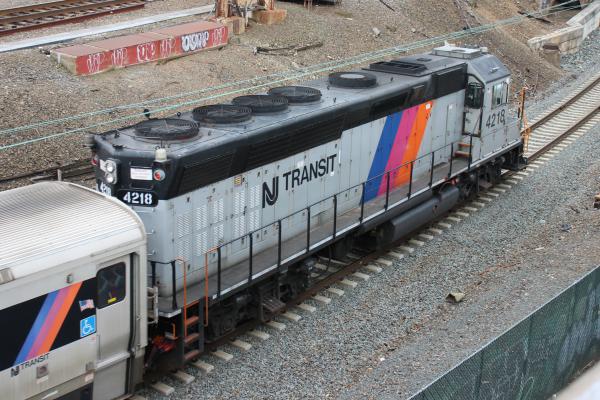