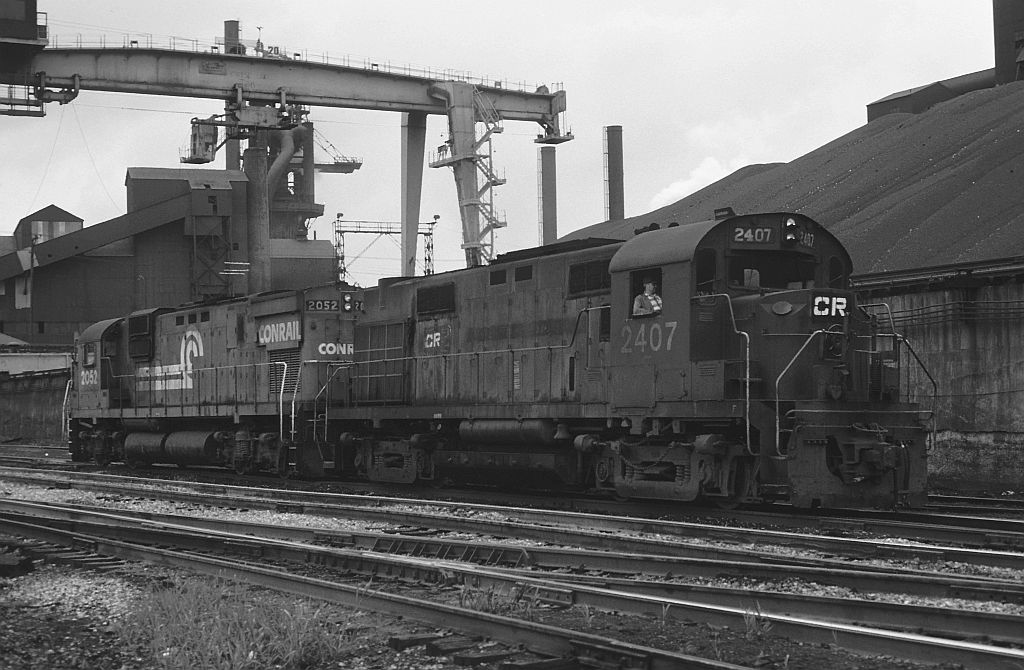 A true survivor, the 2407 is the last Alco DL640 (RS-27) running on Conrail. Shown here at Center St in Youngstown,Ohio in August 1979 returning to Brier Hill after taking a transfer to Haselton yard. It would run right up until the 4 axle Alco purge of Thanksgiving 1979, and even get renumbered to 5099 just days prior to being deadlined. The 2052 behind it would survive to haul another day as NYS&W 3002 until it was wrecked and scrapped in 1985, the 2407 would never run again and was scrapped.
Photographer
R.A. Durfee
Photo Date
08/18/79
Photo Location Name
Center St
Conrail Road Number
2407
Builder
Alco
Predecessor Paint Scheme
PC
See More
Conrail Scenic and Action Photographs Roger Durfee's Conrail Photography Roger Durfee's Early Conrail Action
Conrail Locomotives ALCo - RS and C Series Including Rebuilds and Slugs ALCO RS27