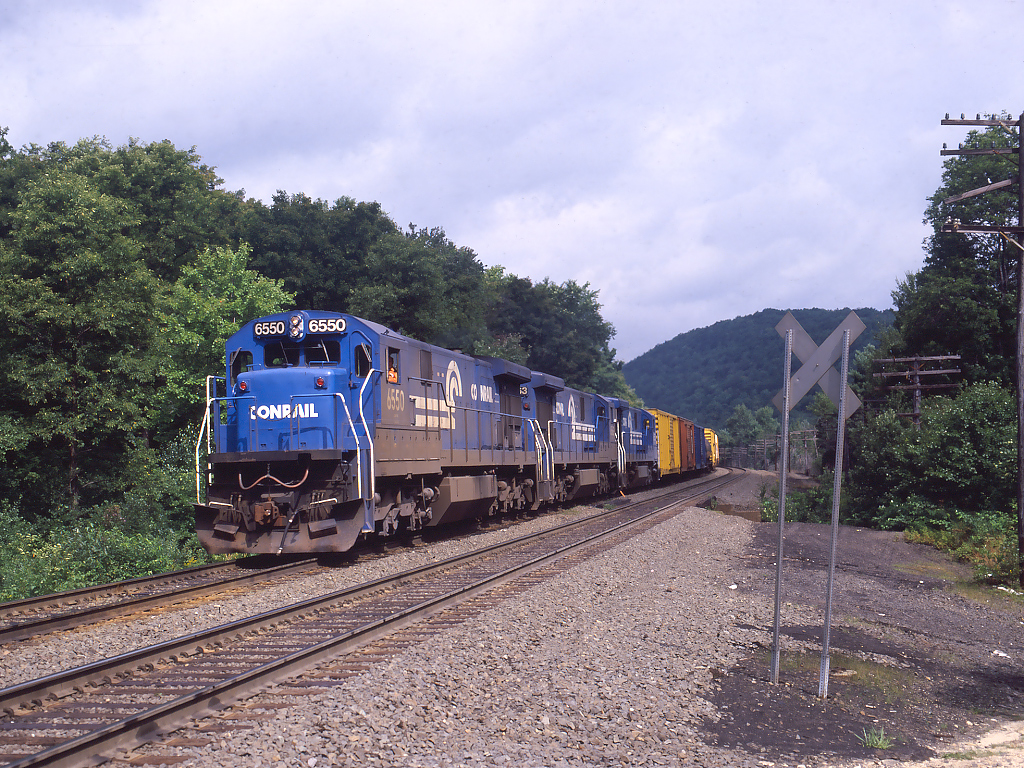 "Class unit" C30-7A 6550 leads eastbound SEMB-X as it crosses Depot brook and and is about to cross Lower Valley Road at a location known as "Ballou's" on Aug. 23, 1986. Lower Valley Road was the main road between Becket and Washington until state route 8 was constructed and the crossing was, as was common practice in the 19th century, known as "Ballou's crossing". In the early 20th century the railroad had a short siding along the westbound track which was also called "Ballou's" at this location which is at MP 135.
Photographer
Carl Weber
Photo Date
08/23/86
Photo Location Name
Ballou's
Conrail Road Number
6550
Builder
General Electric
See More
Conrail Scenic and Action Photographs Carl Weber's Various Conrail Photography Carl Weber's Other ConRail Action
Conrail Locomotives General Electric - B, C and U series GE C30-7A
On Location with Conrail Conrail's Boston Line 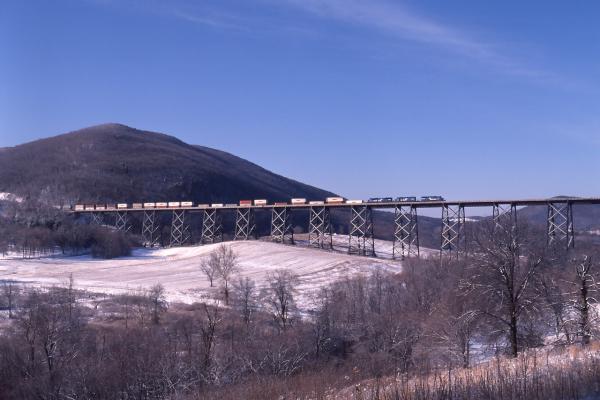 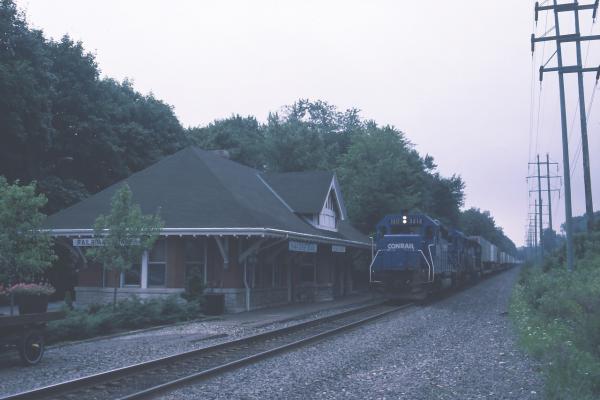 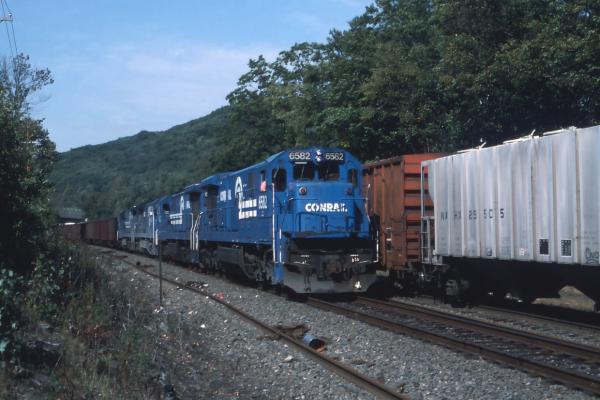 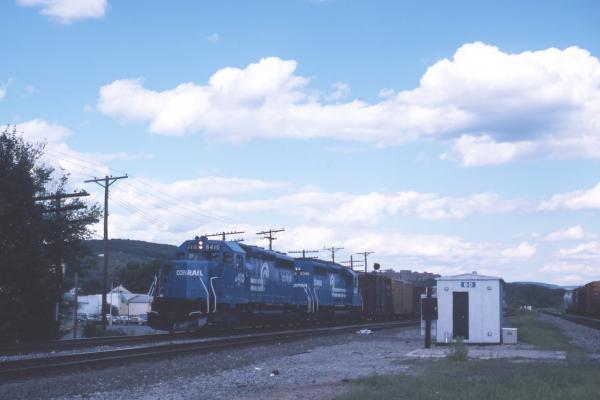