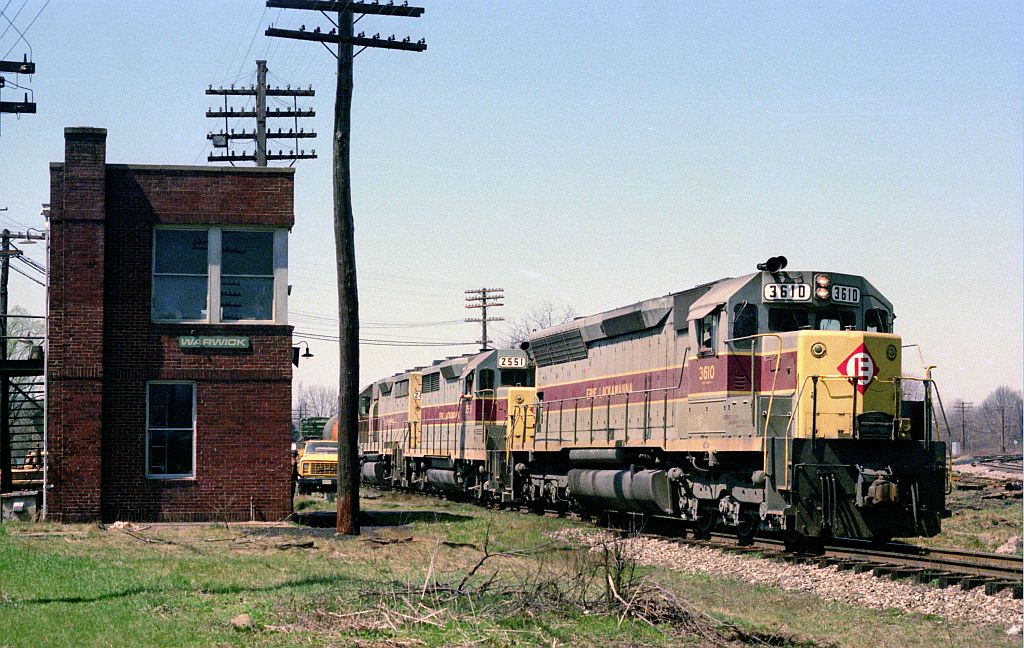 Conrail is only a few weeks old, but the EL west of Akron has already lost many of it's trains. This eastbound CR freight has come from Chicago via the former Penn Central Ft Wayne Line, then up the CA&C out of Orrville, passing Warwick (a former PC tower) in Clinton on it's way north to regain EL rail at South St TBS. It's an all EL consist on PC rail, a nice catch considering how fast the heritage power was spread to every corner of the railroad. The tower still stands today as a CSX MofW base, but the line the train is on is gone, as is the EL power.
Photographer
Roger Durfee
Photo Date
04/16/76
Photo Location Name
Warwick tower
Conrail Road Number
6075
Builder
EMD
Predecessor Paint Scheme
EL
See More
Conrail Scenic and Action Photographs Roger Durfee's Conrail Photography Roger Durfee's Early Conrail Action
Conrail Locomotives EMD - GP, SD, SW, F, and MP Series EMD SD45
Conrail Facilities Conrail Towers