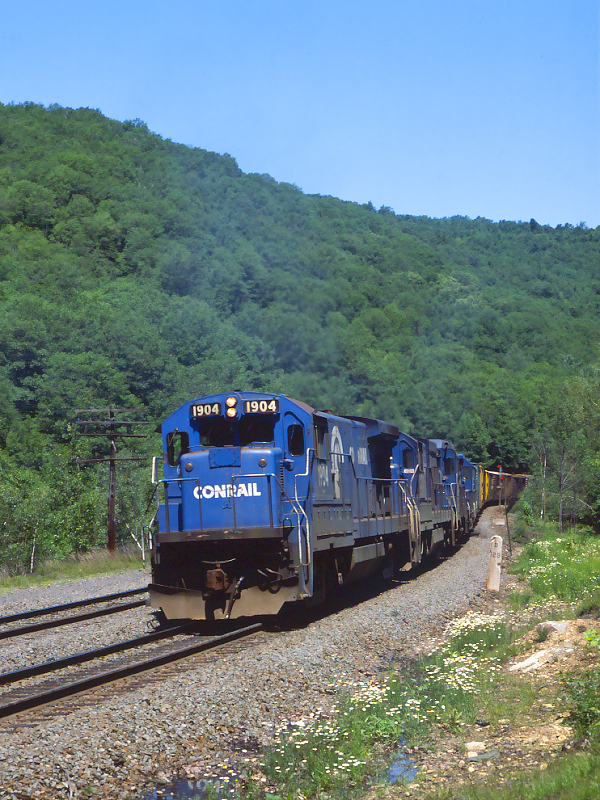 CR 1904 leads RESE past MP 129 in Becket, MA. on July 1, 1982. With the start-up of Metro-North in Jan., 1983, the 1904 was one of seven B23-7's (1903-1909) which were transferred to the commuter agency along with 71 other locomotives, about half of which were FL-9's.
Photographer
Carl Weber
Photo Date
07/01/82
Photo Location Name
MP 129
Conrail Road Number
1904
Builder
General Electric
See More
Conrail Locomotives General Electric - B, C and U series GE B23-7
On Location with Conrail Conrail's Boston Line
Conrail Scenic and Action Photographs Carl Weber's Various Conrail Photography Carl Weber's ConRail Action Sequence Photography