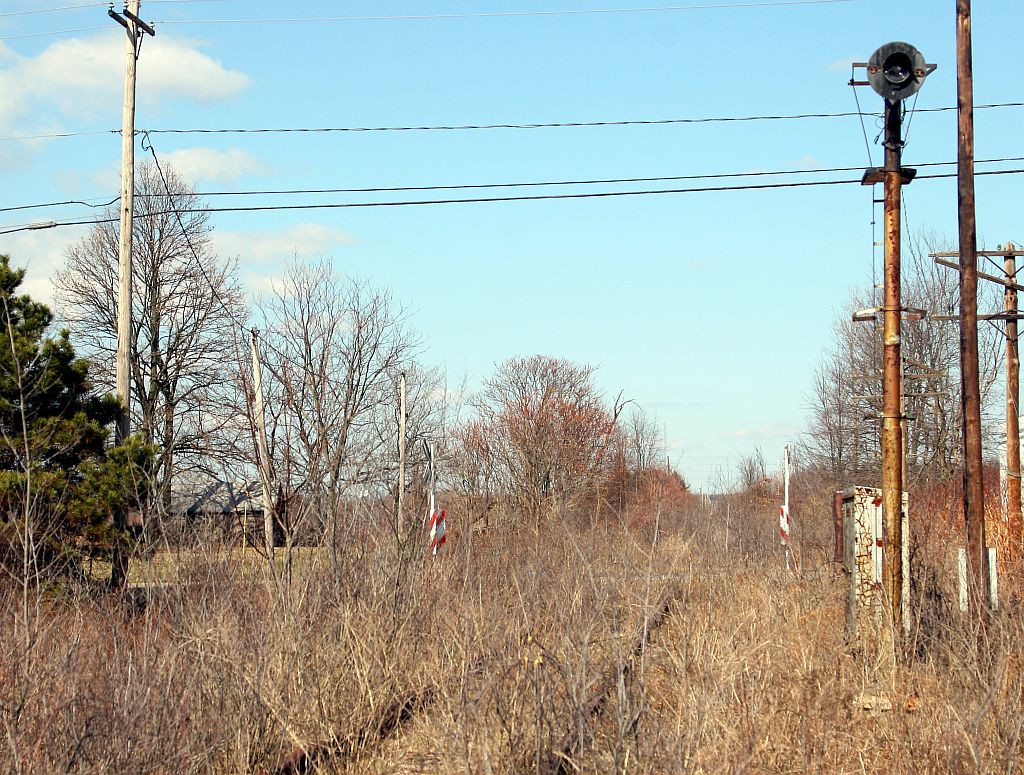 CP Golly on the Akron Branch in Stow, Ohio was a signal to alert the train crew of hot journals and dragging equipment. This signal was to be viewed by the caboose crew who would then stop the train if a problem was detected. This was one of the ways it was done before the advent of talking detectors. It is located about 3 miles south of CP Hudson which was where the branch wyed off the Cleveland Line. Although the wye at Hudson is still used today to spin power, the branch between there and Akron has been OOS since the early 90's. It's amazing this signal has survived intact- even the lens isn't busted out. Photo taken March 20th, 2009.....a true Conrail survivor for sure. Summit County owns the right of way and rail these days, it's future is cloudy at best.
Photographer
Roger Durfee
Photo Date
03/20/09
Photo Location Name
CP Golly
See More
Photos Conrail Scenic and Action Photographs Roger Durfee's Conrail Photography Roger Durfee's Later Conrail Photography
Photos Conrail Facilities Signals and Detectors 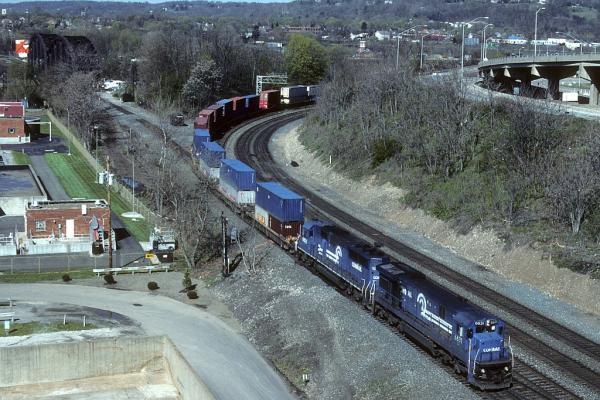 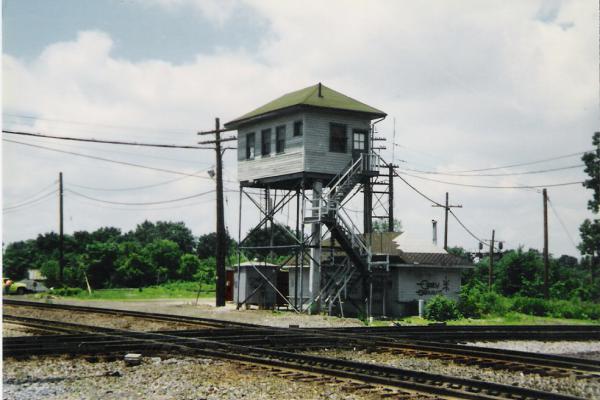 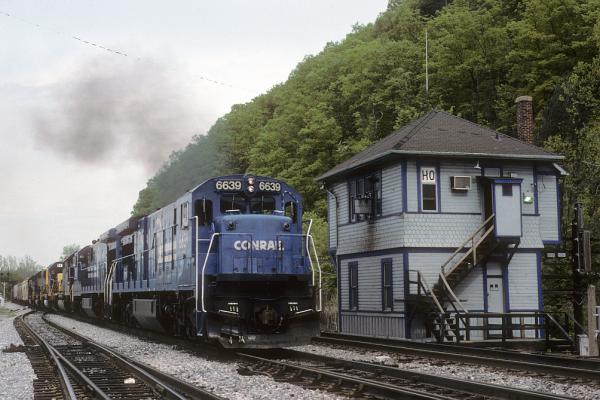 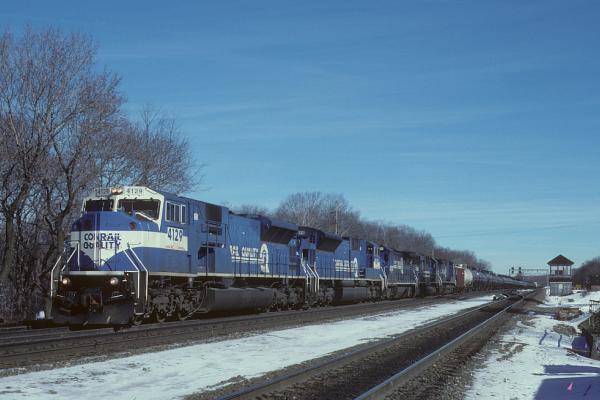