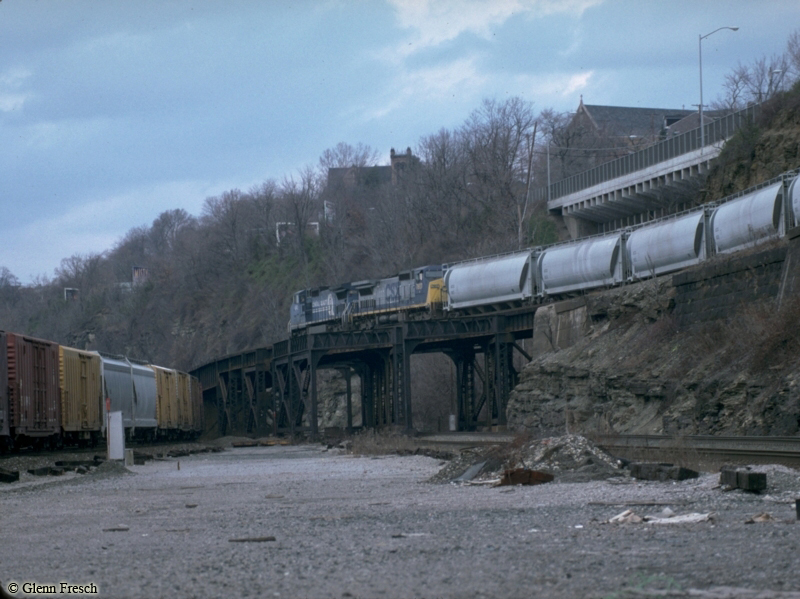 A westbound freight is approaching CP-Bell in 1997 with some CSX power pinch-hitting. The Pennsylvania Railroad was famous for building flyovers to allow rail traffic to flow unimpeded by opposing movements. Here we have a train exiting OC Bridge after crossing the Ohio River and making its way to the middle of the main line from Pittsburgh by using the flyover. This will place it between the eastbound and westbound Pittsburgh Line tracks, eliminating the need to hold out opposing movements at the interlocking for a crossover move. At the same time, a Pittsburgh bound train from Conway passes by and will soon cross under the rear end of the train seen in the photo. Our vantage point, now surrounded by trains, is the old intermodal yard. It was rendered obsolete when the clearance improvement project rerouted intermodal trains around Pittsburgh on the Mon Line, sending them over this location on the OC bridge.
Photographer
Glenn Fresch
Photo Date
12/30/08
Photo Location Name
Ft. Wayne Line
See More
Photos Conrail Scenic and Action Photographs Glenn Fresch's Conrail Action
Photos Special Topics Foreign Power on Conrail 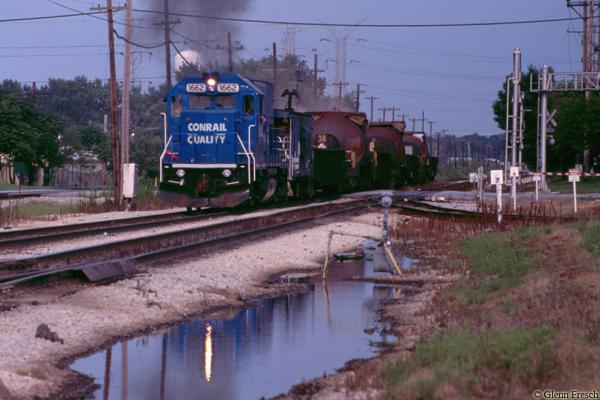 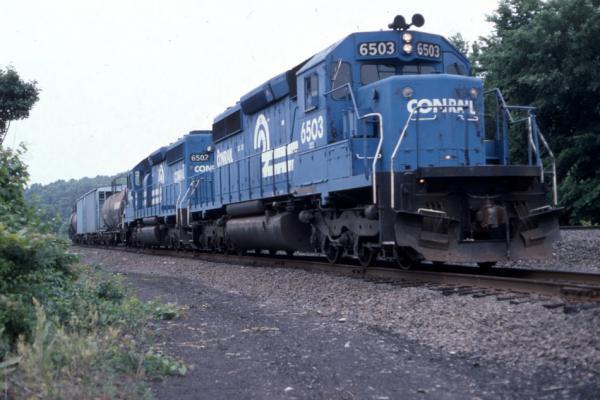 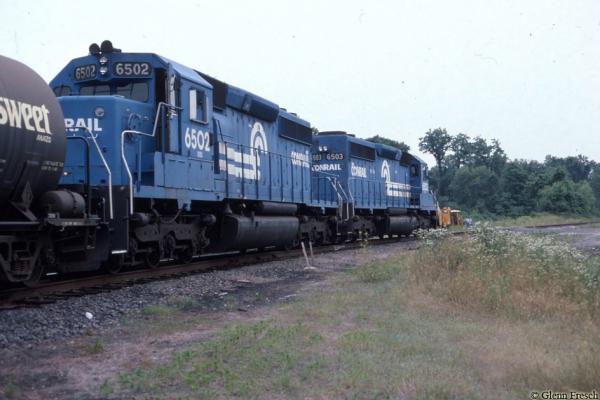 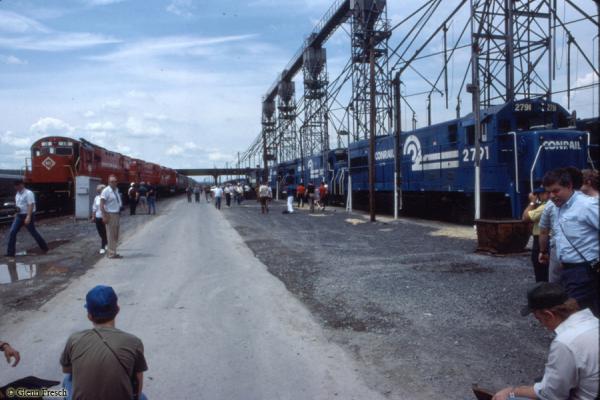 Selkirk Diesel during the 1988 NRHS Convention