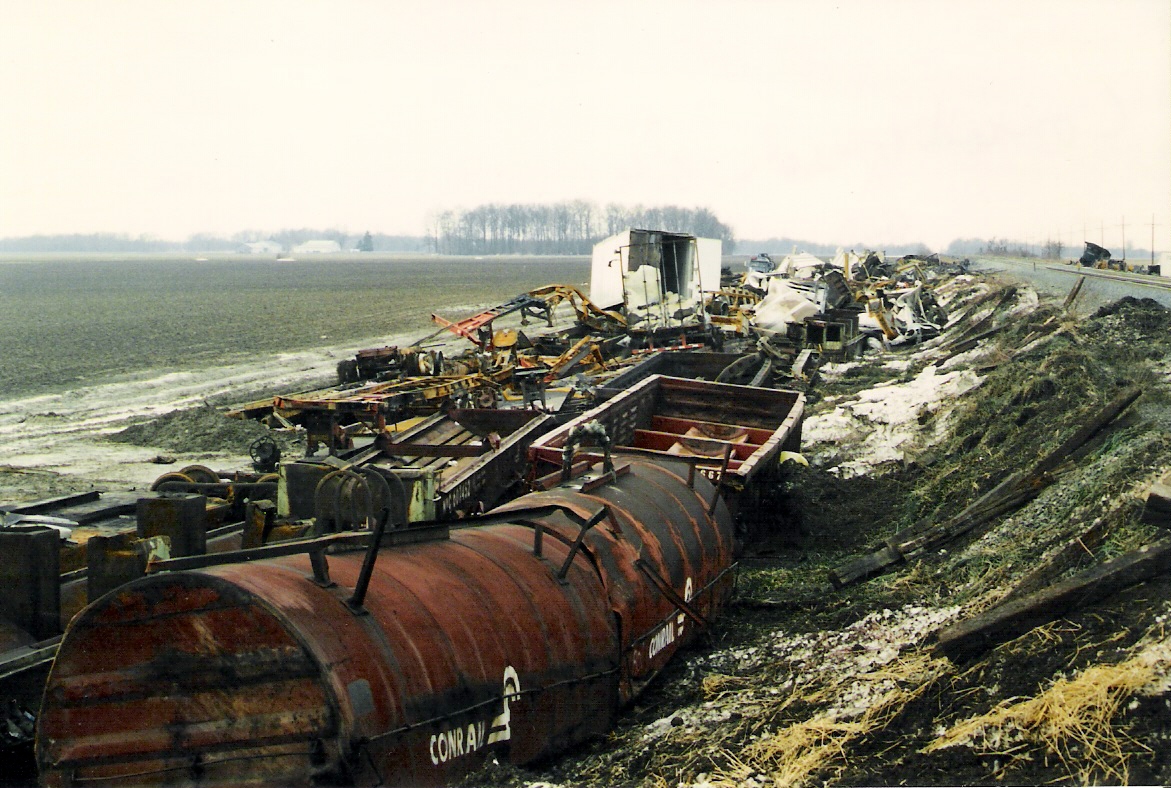 The aftermath of the January 1999 derailment west of Stryker, OH, in which Mail-9 rear ended the train in front of it and derailed into the side of the passing steel train. Sadly, both crewmen on the Mail-9 died in the accident, which was due to very dense fog that night. Shot taken on January 23, 1999. Should be noted you can see one of the engines from the steel train laying off to the side of track 1 in the background.
Photographer
Chris Howe
See More
Special Topics Wrecks and Accidents 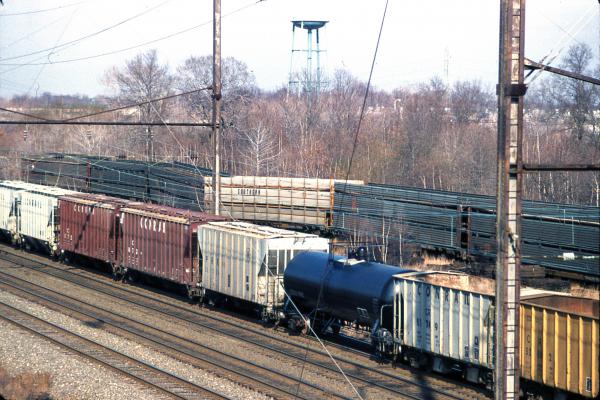 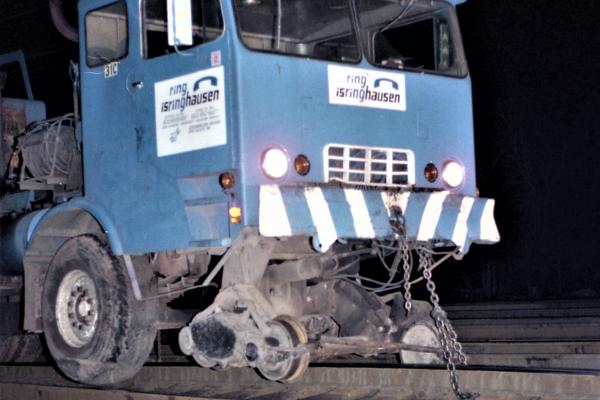 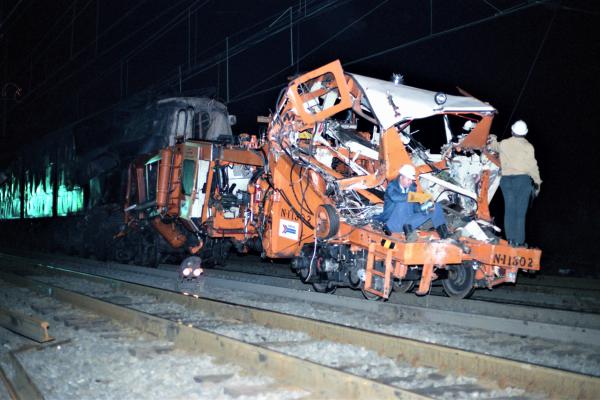 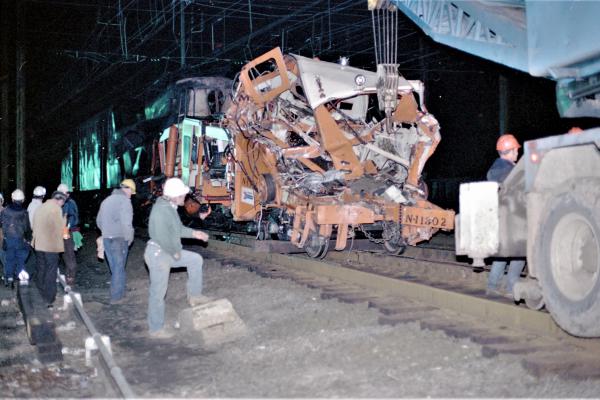