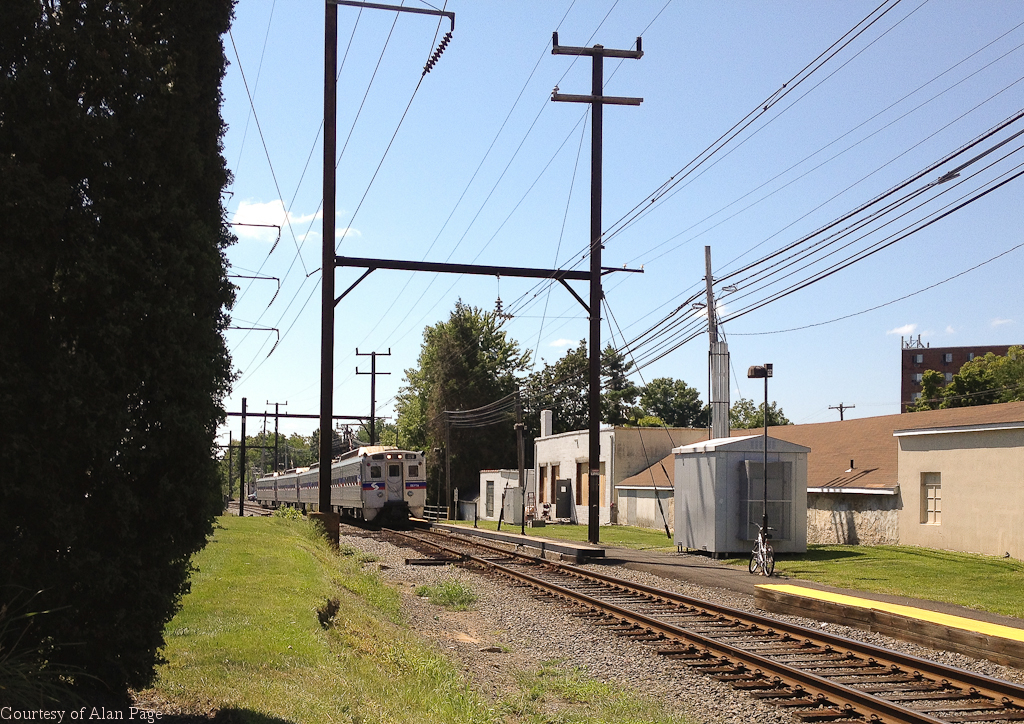 Surviving Commuter passenger service Silverliner IV 429 leads a quartet of MU's out of Hatboro station and on to Warminster on August 25, 2014.