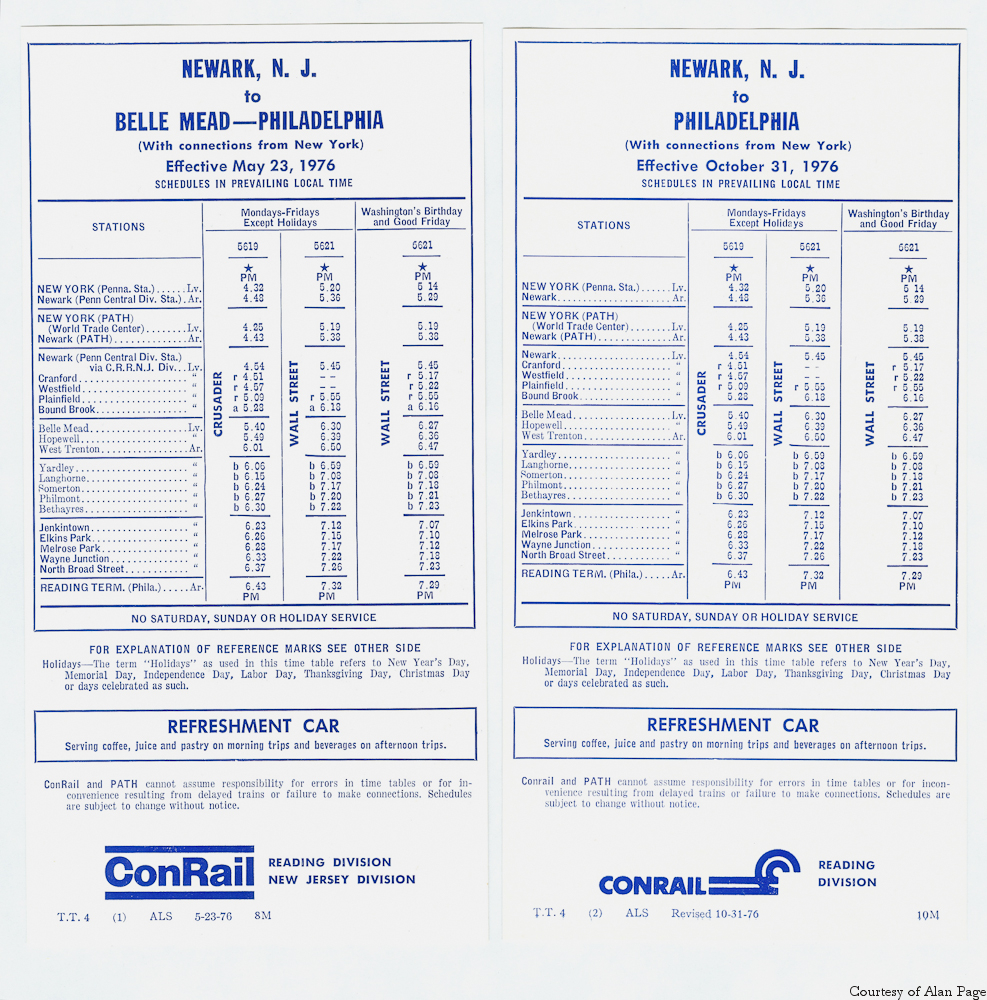 Following the joint Reading Railway System/Central RR Co. of NJ's transition to Conrail-contracted operations on their Reading Division/NJ Division commuter lines in April, 1976, the "Newark to Philadelphia" timetable was revised May 23, 1976 to show the new "ConRail" logo, with lines above and below. A second revision of the timetable in October 31, 1976 shows the familiar "CONRAIL" and wheels on rails logo alongside. Also, the "New Jersey Division" has been removed. Unlike the PC Division commuter timetables that showed the transition to "ConRail" in April, 1976, the RDG Division/NJ Division transition timetables did not appear until May.
Photographer
Alan Page
Photo Date
10/31/76
See More
Special Topics Conrail Passenger Service