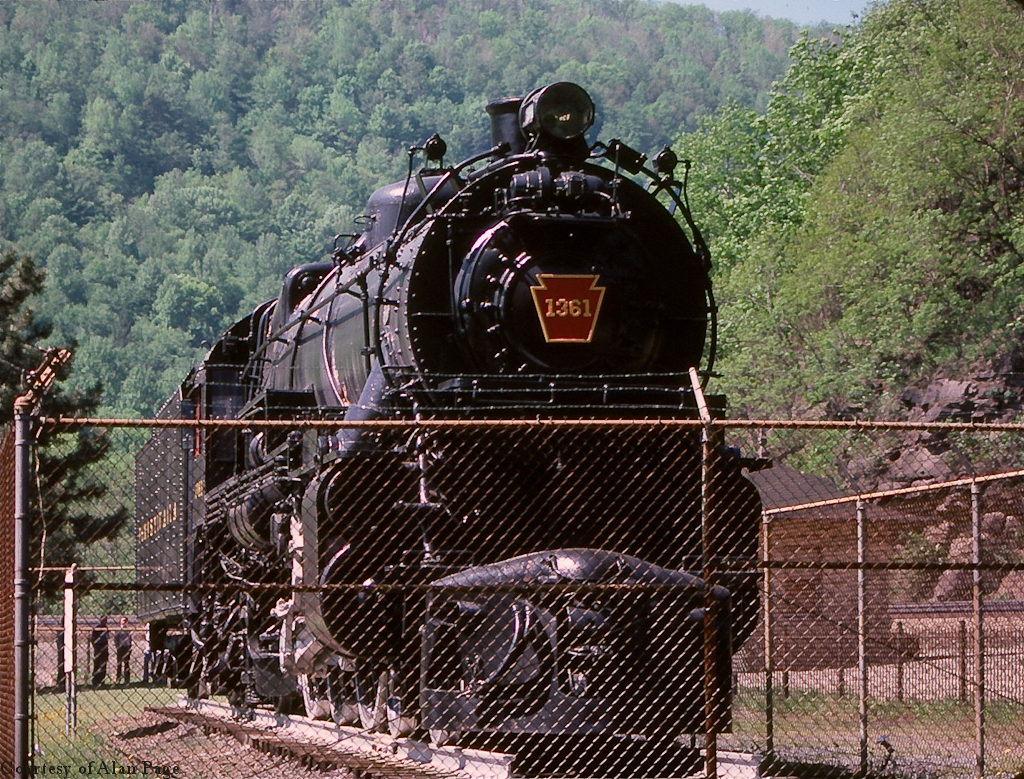 A restoration was begun the fall of 1985 and completed in April 1987 to bring 1361 back to operating condition. A gleaming 1361 steamed briefly in July and October 1987, October 1988, and September 1989 before breaking a wheel bearing and being placed at Steamtown in Scranton, PA.