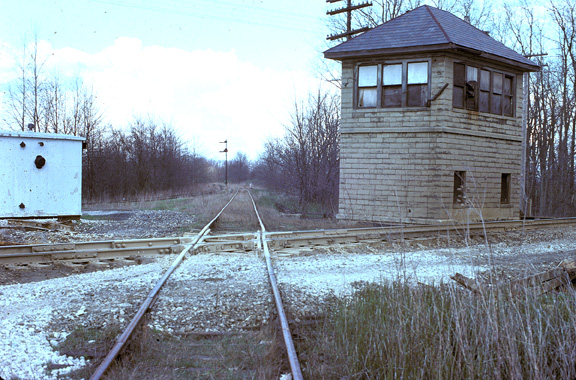 In another earlier view from 1976, Kim took this shot looking northeast at Newton, IN on the Mexico Secondary. The single track line crossing the Mexico Secondary in front of the tower is the ex EL mainline, which was single track through here before becoming double track again a few miles west of there in nearby Laketon, IN. If you look closely, you can barely make out the interchange connection track running behind the white signal box. This was an official interchange point prior to the PC merger with the PRR(after PC it was moved to nearby Bolivar, IN). Kim Heusel photo with permission
Photographer
Kim Heusel
Photo Location Name
Newton Tower
See More
On Location with Conrail Branch Lines Last run on Conrail's Mexico Secondary 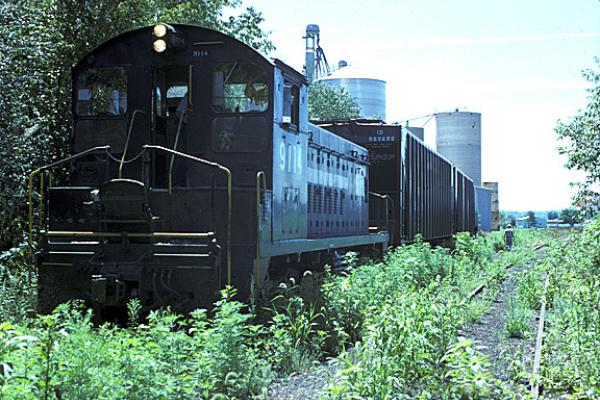 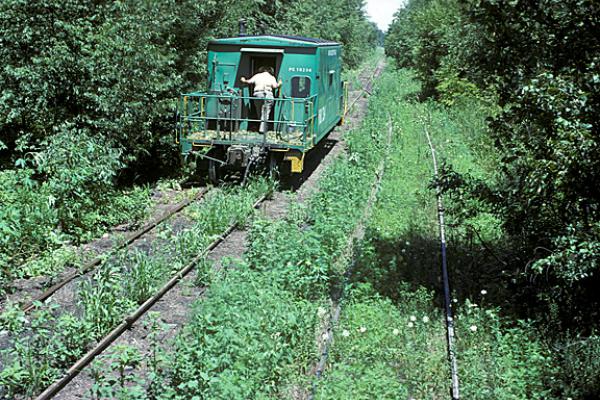 caboose drop at Mexico, IN 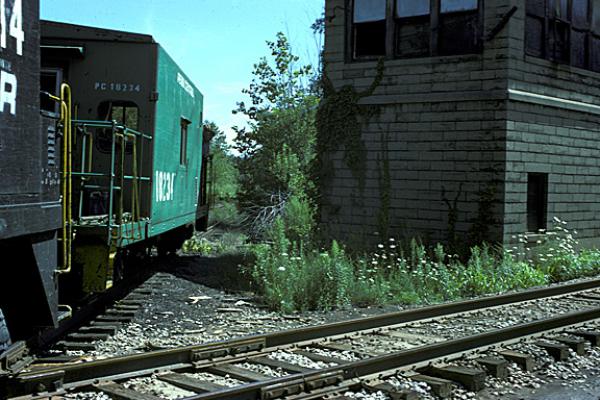 FW13 crossing the diamond at Newton, IN 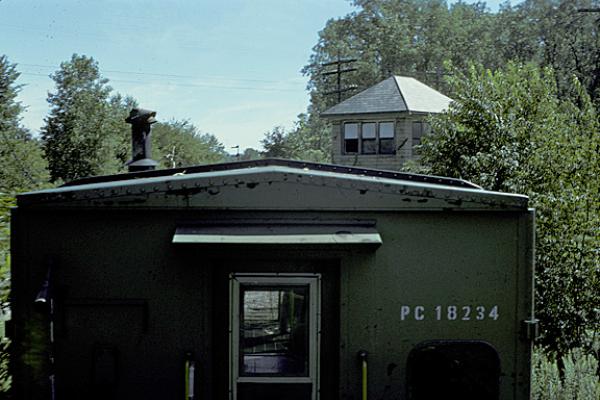 Looking back at Newton tower