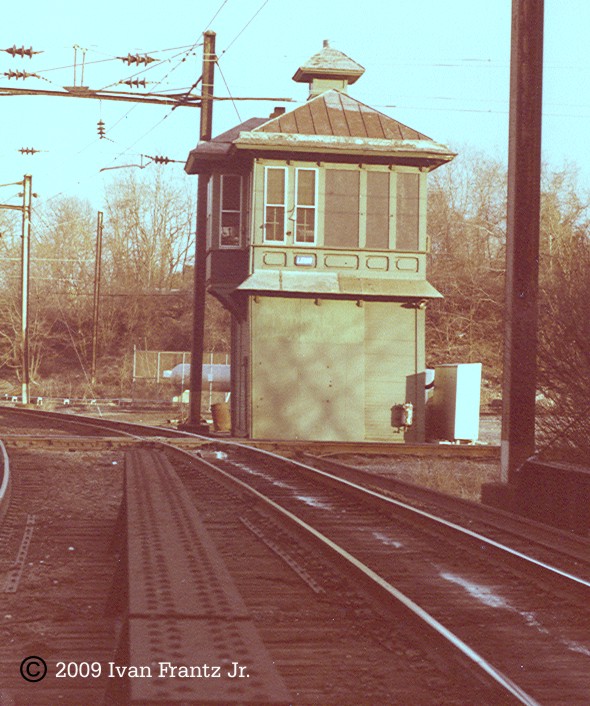 Still painted entirely PC green, LEMO Interlocking Tower controlled traffic coming across the Susquehanna River from Harrisburg Station, the Ex-Cumberland Valley Line to Hagerstown, and the Port Road/Northern Central Branch. In 1988 the tower was removed from the site by the Lancaster Chapter of the NRHS and re-located to the Strasburg Railroad where it has been restored to its former Pennsy appearance.
Photographer
Ivan Frantz Jr.
Photo Date
03/28/81
Photo Location Name
LEMO
Predecessor Paint Scheme
PC
See More
Conrail Facilities Conrail Towers
On Location with Conrail Conrail In and Around Harrisburg
On Location with Conrail Conrail's Port Road 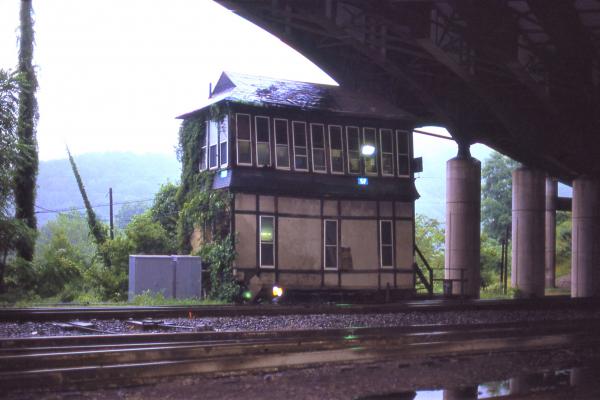 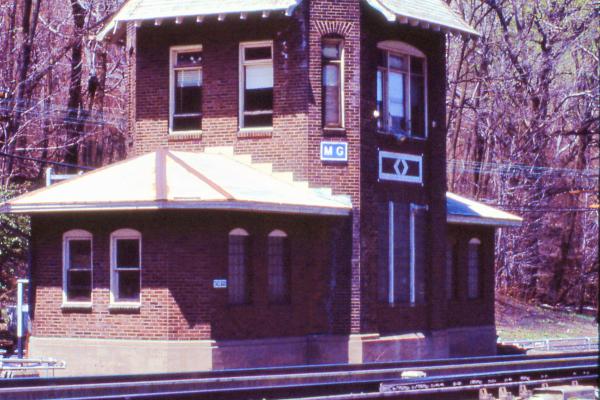 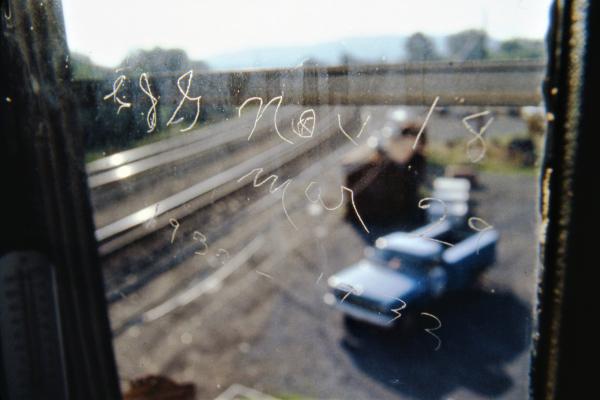 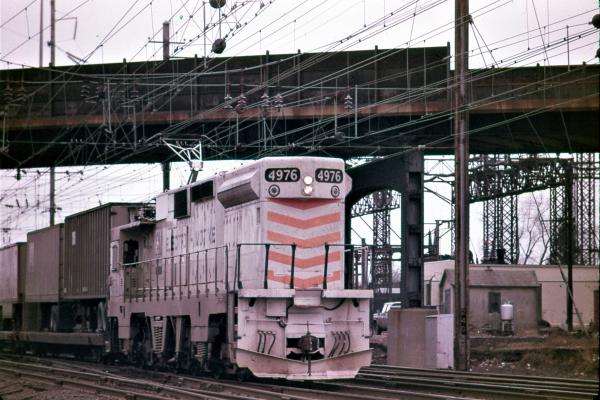