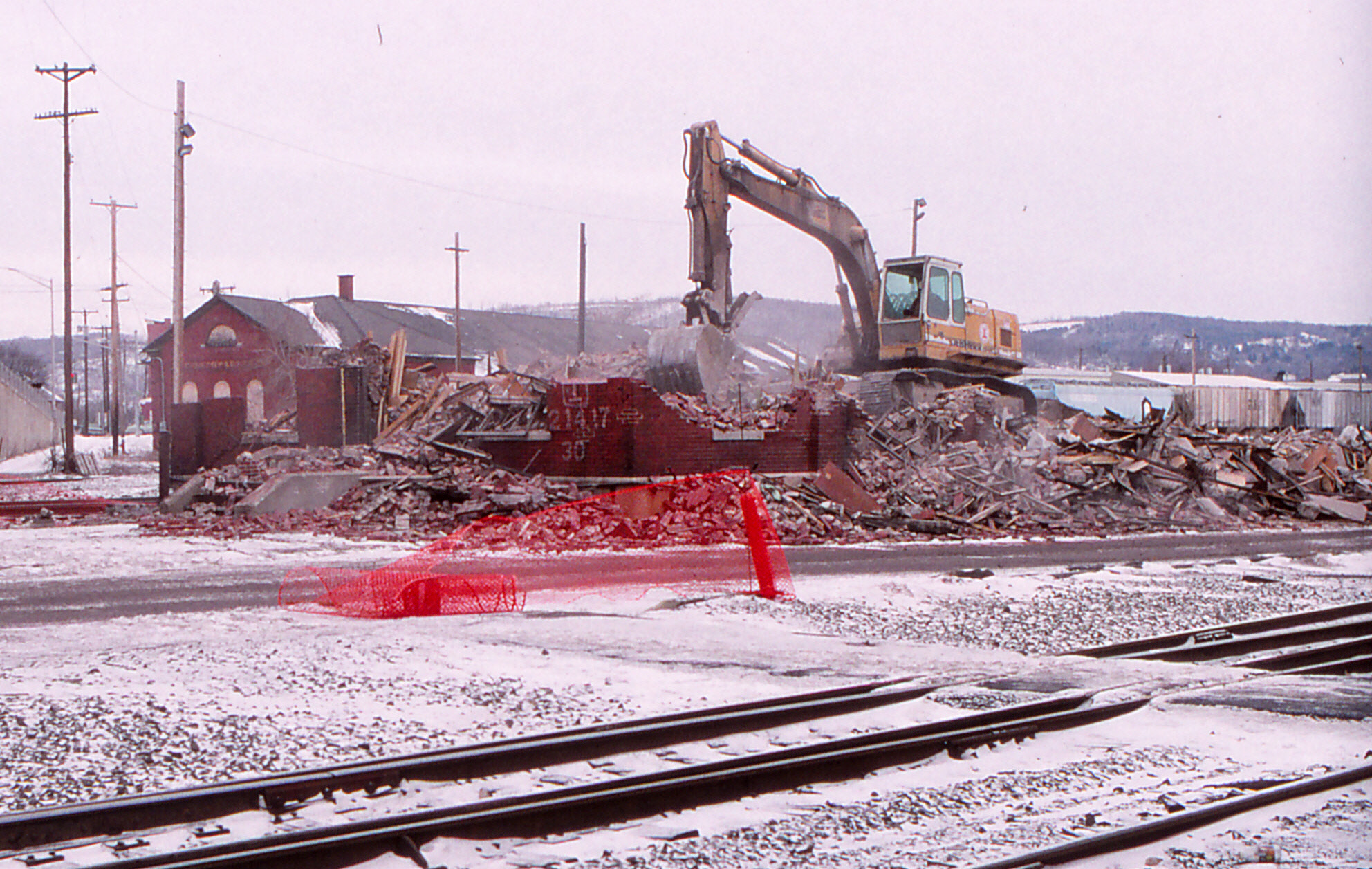 In 1999, Conrail did some house cleaning before NS and CSX split the company. On the Tier, that meant NS. Among other things to go was the Erie freight house, which had been in disrepair for years, although it housed the Binghamton yard office in a small part of the west end of the building. They renovated an office in the Kingsley Building, on the north side of the tracks, which rendered the old Erie building empty. In February, the end came, along with the big backhoes, and that was the end. We see the demolition in progress. NS subsequently put up a small brick structure here for their local crews.
Photographer
Tom Beckett
Photo Date
02/01/99
Photo Location Name
Binghamton Yard
See More
Conrail Scenic and Action Photographs Tom Beckett
Conrail Scenic and Action Photographs Tom Beckett Conrail in the Southern Tier
Conrail Facilities Conrail Yards Binghamton yard