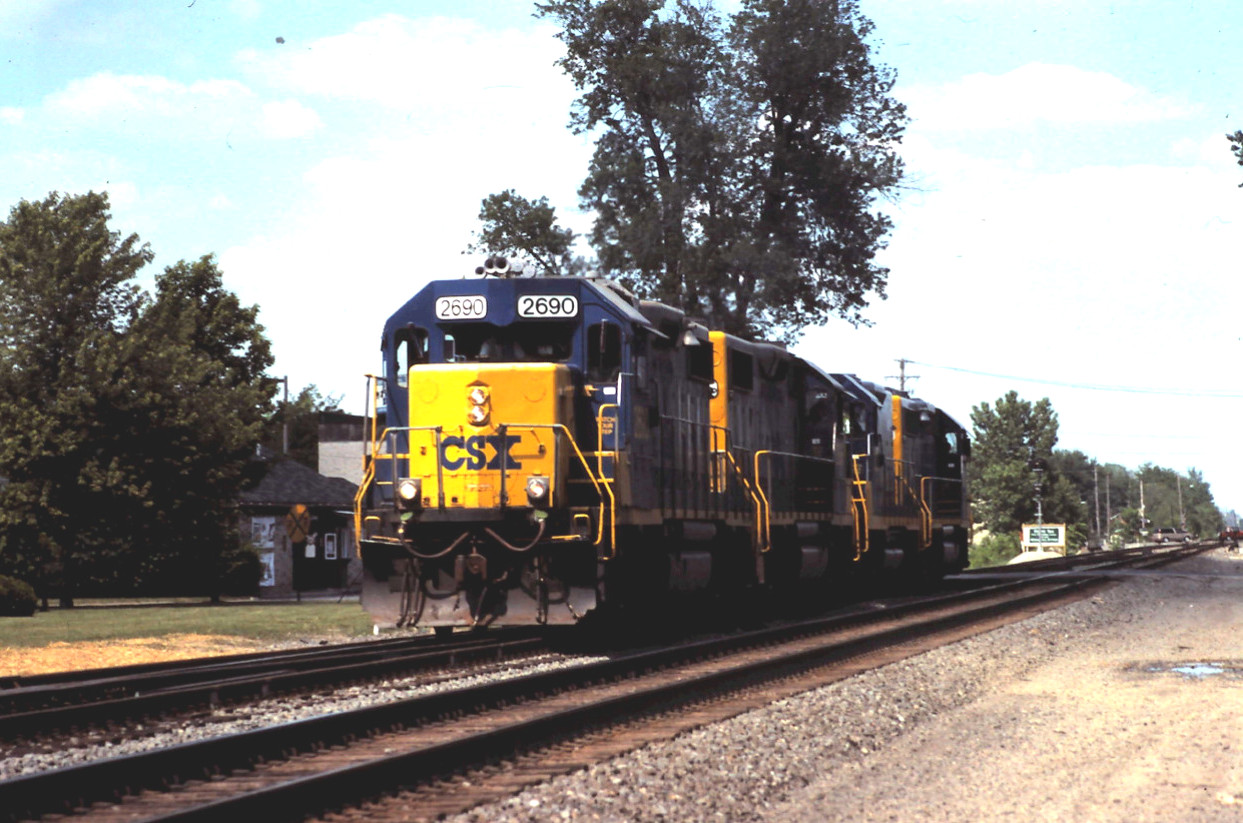 CSXT 2690 and 3 more CSX EMD's run engine lite as the ENS-401 at Crestline, OH on May 29, 1999. This lite engine move must have been a special move to qualify CSX engineers on the Indianapolis line because there was a crew member in all four engines and they ran back and forth thru Crestline at least four or five times while I was there that day. Chris Howe photo
Photographer
Chris Howe
Photo Date
05/29/99
See More
Conrail Scenic and Action Photographs Chris Howe's Conrail Action Chris Howe's Conrail action 1999
Special Topics Foreign Power on Conrail
On Location with Conrail Conrail's Indianapolis Line