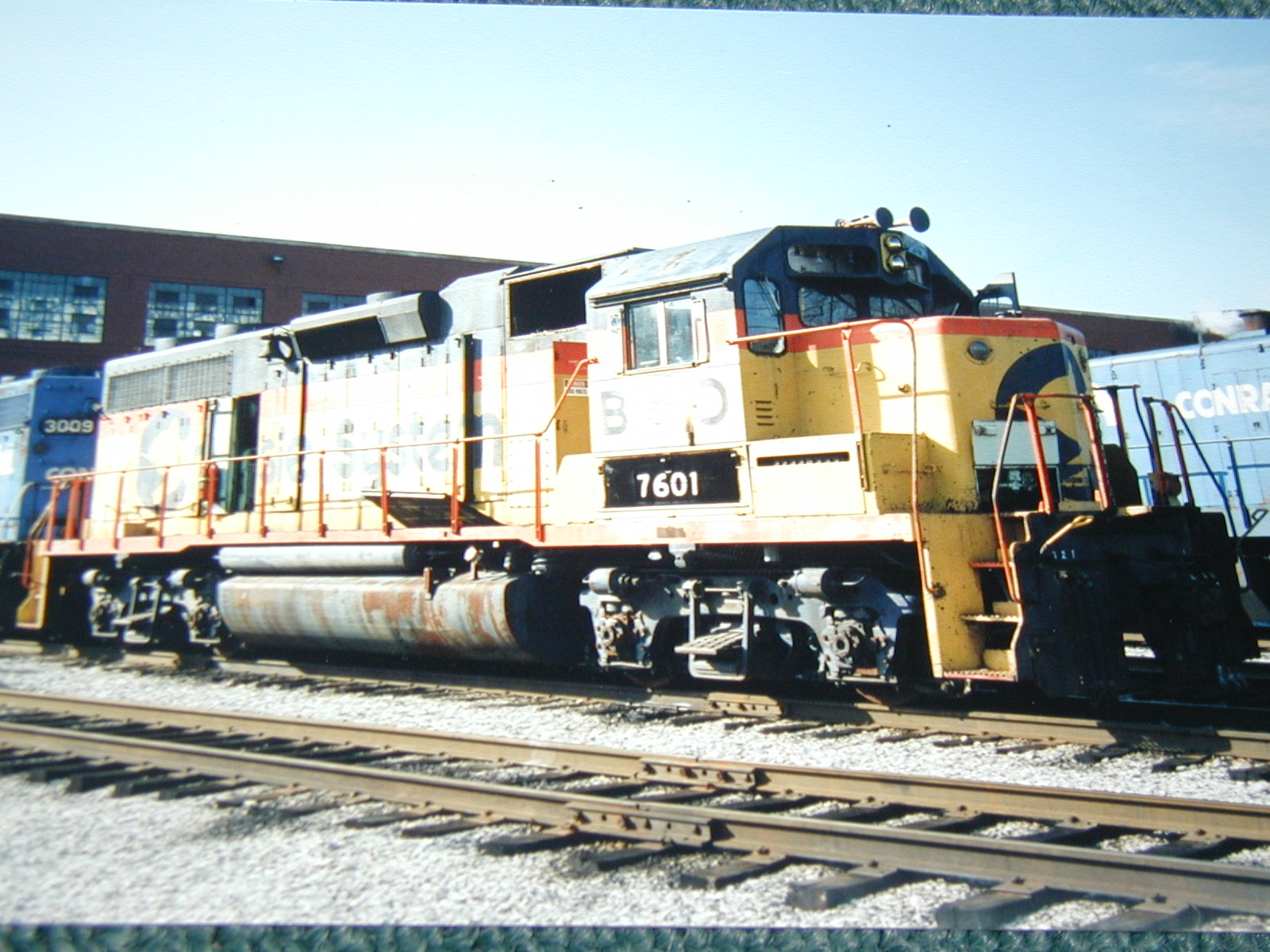 We all know that Conrail was going to start a rebuild program for GP38's and they were going to be 7600's. And we all know that only two were released, the 7600 and the 7604, both rebuilt from CSX GP38's. But JLS used to stencil the NEW roadnumbers on the cab sides BEFORE they were rebuilt and here is CR 7601 (ex CSX 2047)! And even though this never got finished, I thought I'd share it here, as this collection is filled with goodies such as this! Not the greatest photo, but content is remarkable! Photo taken 12-1-93 at JLS by Terry Nardella, collection of Steve Ondik.
Photographer
Terry Nardella