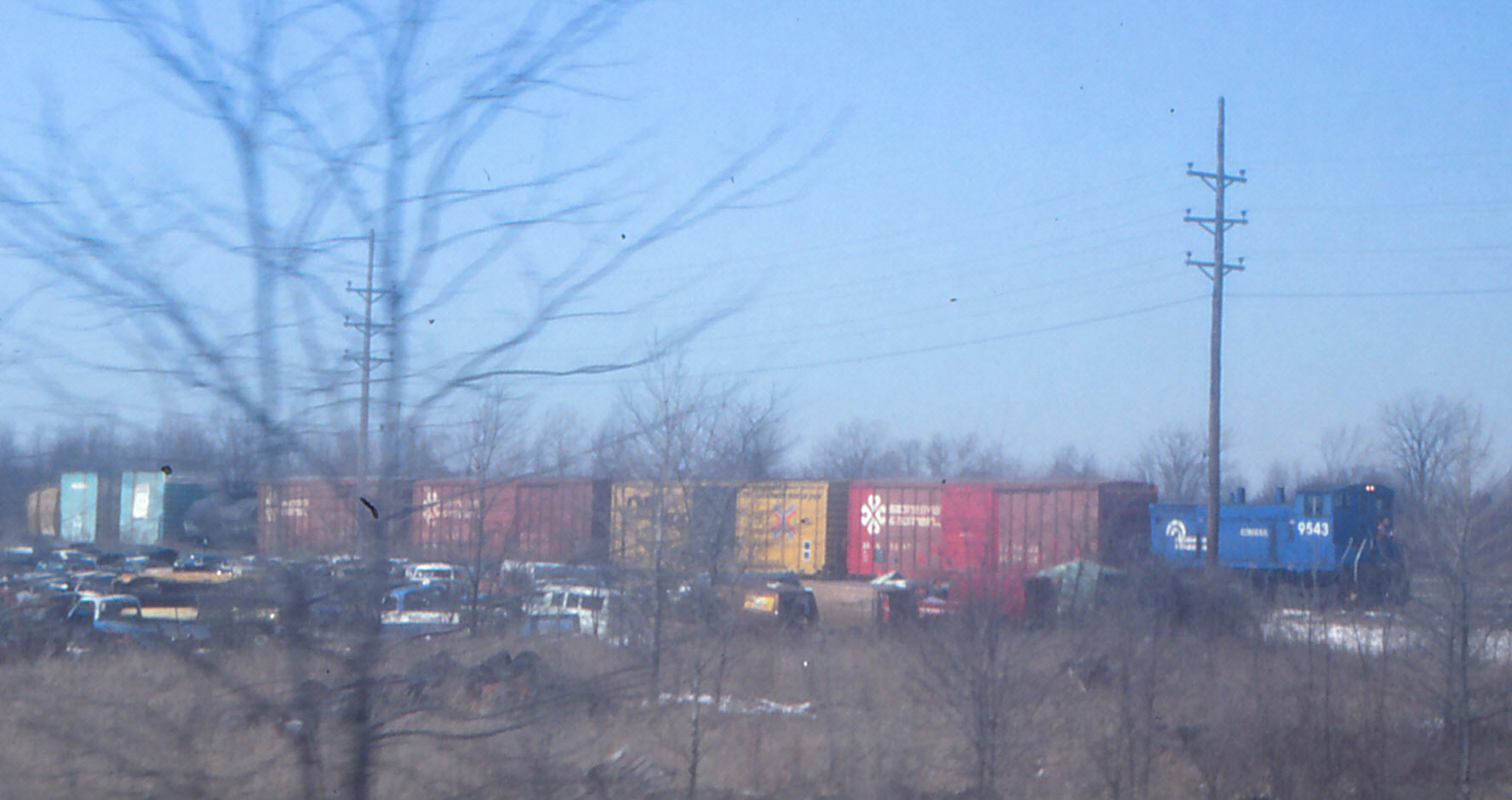 One of the more obscure locations on Conrail was the ex PRR Pandhandle Line, which at one time went from Chicago to Logansport, Ind, and on to Columbus, Oh, eventually reaching Pittsburgh across the West Virginia northern panhandle, hence the name. Now no longer a through route, it did handle some local traffic in the mid 1980's. I was riding the Cardinal from Chicago to Washington, and was lucky enough to catch this train from Amtrak, which was on the C&O approaching N Judson, Ind, at this point. I recall remarking to another fan on the train that a shot of a CR SW1500 was a waste of film. He replied, "my philosophy is, ETTS: Everything Turn To Sh**". I asked him what he meant. He said that eventually, everything you see or shoot, will be gone. If ever there was a place that drove home that point, it was North Judson. Once hosting the double track Erie, later EL, main line, it also had a crossing of the NYC Kankakee Belt, and the C&O, which crossed between the two Erie tracks. The Pennsy crossed all of them a short distance to the west. Fifteen years earlier, in the late 60's, you could see 50 trains a day sometimes. By the time I took this photo, the EL was largely a memory, only a short segment left going east to Monterey to serve a grain elevator, the C&O had little traffic left, most of it diverted to B&O routes. CR was on and off about making the NYC line a connection to the Santa Fe, bypassing Chicago; and the PRR was on its last legs. Now, in 2017, the only thing operating on a regular basis is the Hoosier Valley RR Museum. Everything else is gone.
Photographer
Tom Beckett
Photo Date
03/23/84
Conrail Road Number
9543
Builder
EMD
See More
Conrail Scenic and Action Photographs Tom Beckett
Conrail Locomotives EMD - GP, SD, SW, F, and MP Series EMD SW1500