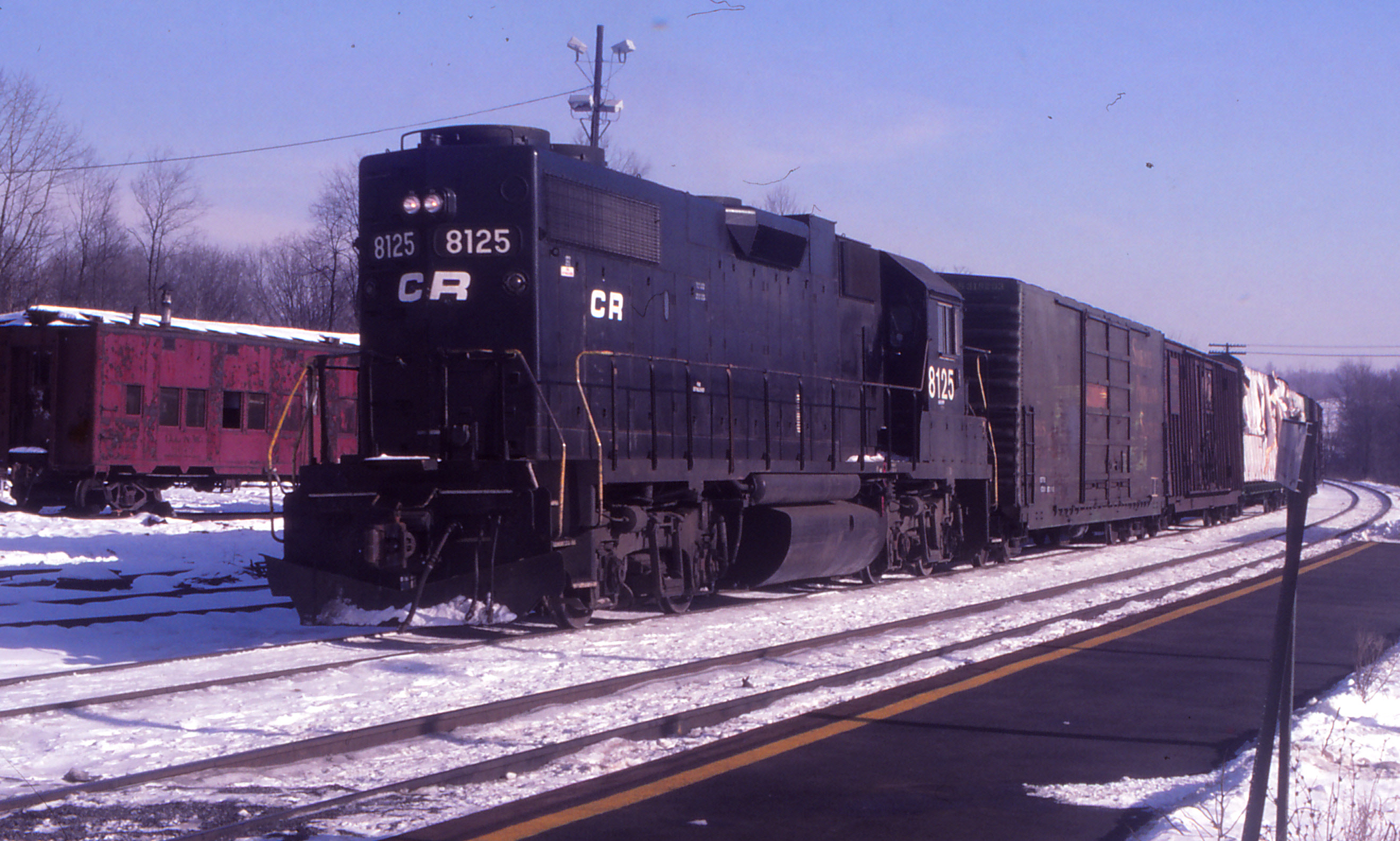 An ex PC GP 38 is the power on this Campbell Hall based local, seen at the small yard there. In 2017, this is the connection to the East Penn Railways, which works the Montgomery Branch and a few other nearby lines. The station was completely rebuilt by Metro North, and is now a full length platform capable of handling the longer trains that now run here. In EL days, the commuters ran the old Main Line, via Goshen, Chester and Middletown, and this line, the Graham Line, was freight only. A year prior to this photo, an arrangement was reached where the tracks would come out on the old Main, and commuters be rerouted on the Graham Line. Now, there is a trail on part of the former Main, and all traffic runs here.
Photographer
Tom Beckett
Photo Date
02/07/84
Conrail Road Number
8125
Builder
EMD
See More
Conrail Scenic and Action Photographs Tom Beckett
Conrail Scenic and Action Photographs Tom Beckett Conrail in the Southern Tier
Conrail Locomotives EMD - GP, SD, SW, F, and MP Series EMD GP38-2
On Location with Conrail Conrail's Southern Tier Line