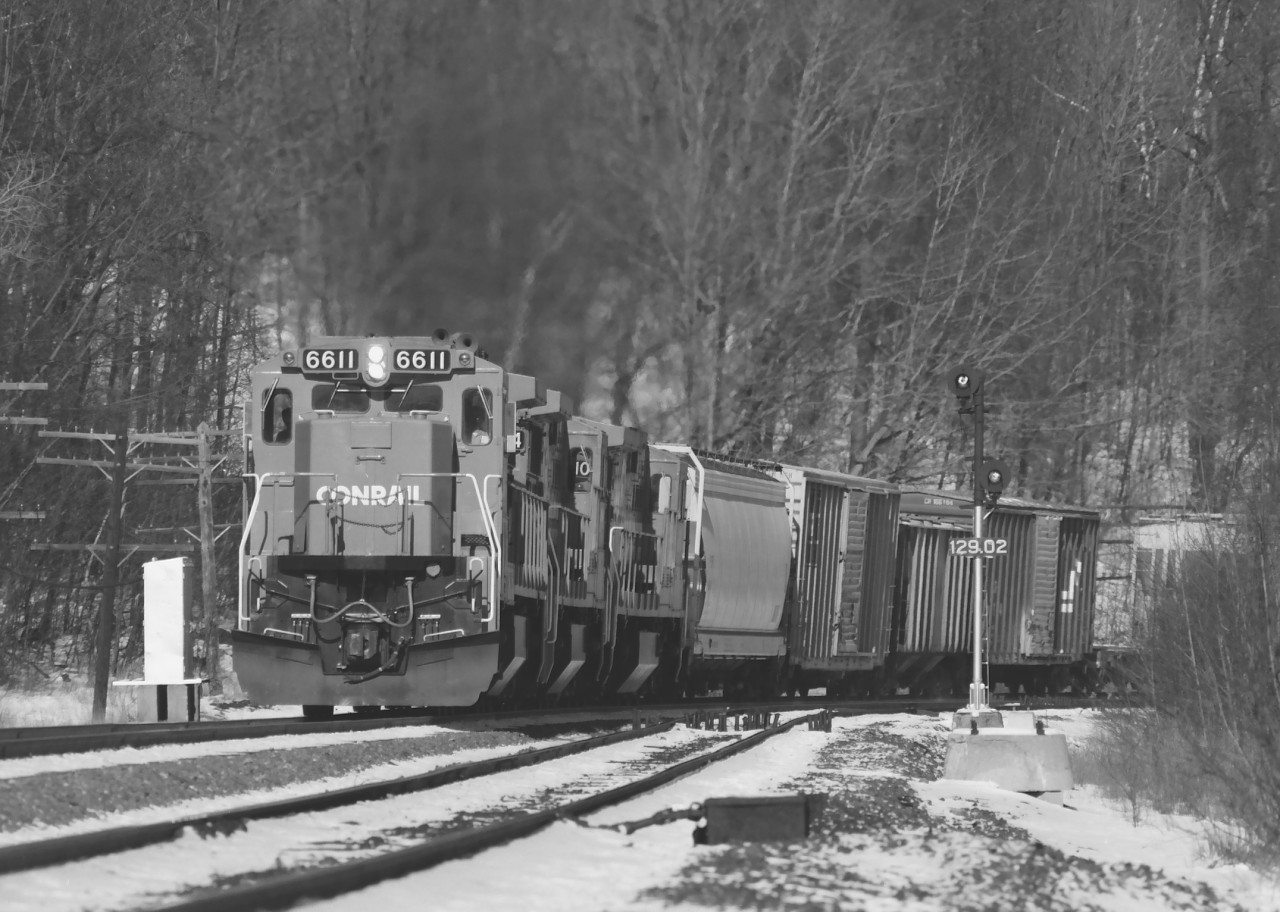 Only a few months old at the time, a trio of "Camels" led by the 6611, bring NHSE around the horseshoe between MP 128 and 129. In just a moment the head end of the train will be entering Becket, while the first half is in Middlefield and the rear half is still in Chester. Of note is, that most of what is pictured here no longer exists, except for the railroad itself. The C32-8's are a memory, block signal 129.02, it's relay cabinet, and the code line disappeared in the late '80's when the B&A was single-tracked. Gone also are the dragger and the conical concrete signal base which was one of many installed by the Penn Central in an aborted plan to re-signal the B&A.
Photographer
Carl Weber
Photo Date
01/12/85
Photo Location Name
MP 129
Conrail Road Number
6611
Builder
General Electric
See More
Conrail Scenic and Action Photographs Carl Weber's Various Conrail Photography Carl Weber's ConRail Action in Black & White
Conrail Locomotives General Electric - B, C and U series GE C32-8
Conrail Facilities Signals and Detectors
On Location with Conrail Conrail's Boston Line