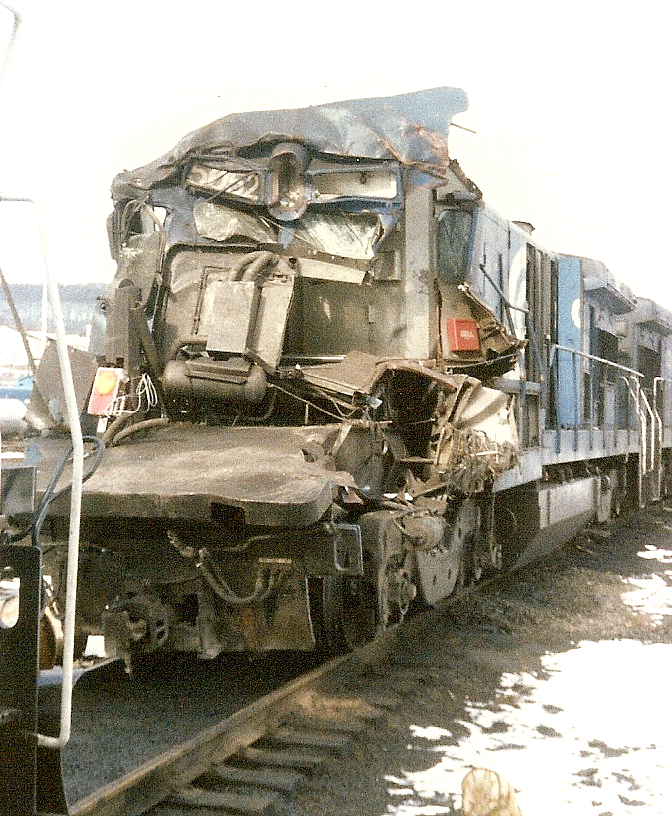 B36-7 5052 was the middle unit in a consist of 3 B36's that were involved in the Chase, Maryland wreck on 1/4/87. In a poorly scanned print, we see the damaged 5052 sitting in Enola pending disposition in late January, 1987. She was eventually rebuilt, went to CSX after the split and renumbered to 5805, and now toils away in a different form in Brazil. 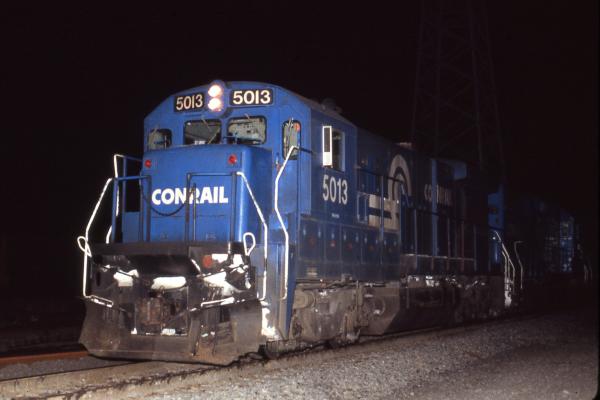 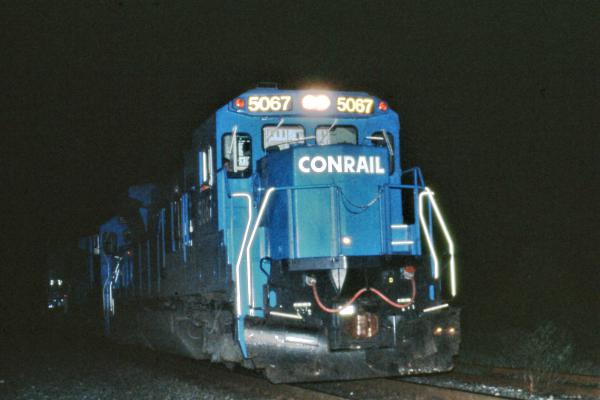 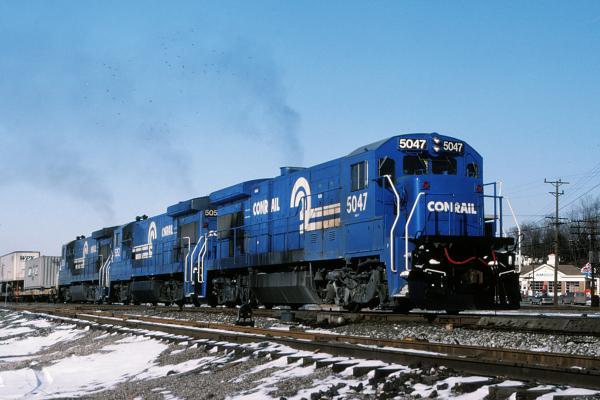 Conrail Scenic and Action PhotographsGE B36-7 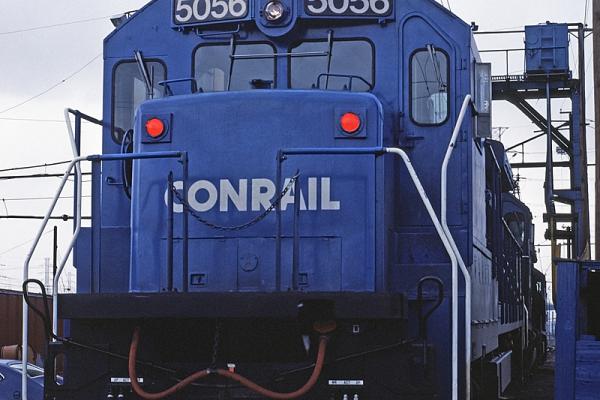 Conrail in North JerseyGE B36-7