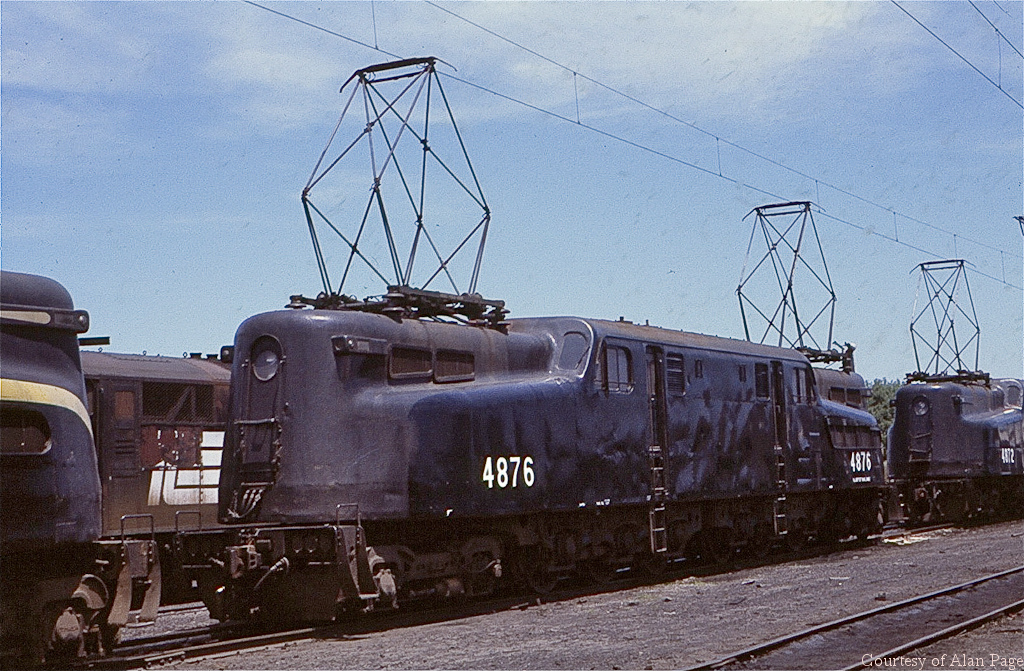 CR-operated NJDOT GG-1 4876 rests with both pans up between sister units at the South Amboy engine terminal. After retirement from NJDOT in 1983, the GG-1 was donated to NRHS Washington, DC chapter.

This GG-1 was famously known to have piloted No. 173, the "Federal Express," from Boston to Washington, DC on January 14, 1953. While approaching Union Station, brake loss of 13 of it's 16 cars made the train a runaway, causing 4876 to smash through the track bumper, the iron track gate, demolish the stationmaster's office, run out onto the concouse floor, and fall through the concrete floor to the basement below, along with two of it's steel passenger cars.

After shipping to Altoona, 4876 was placed back in service just 10 months after the accident.  A tribute to the amazing skill and determination of the Altoona shop crews. 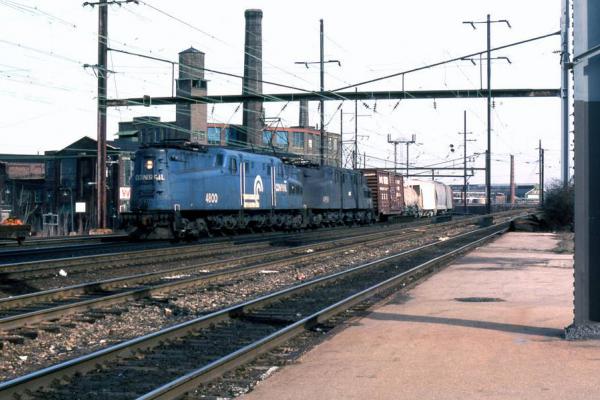 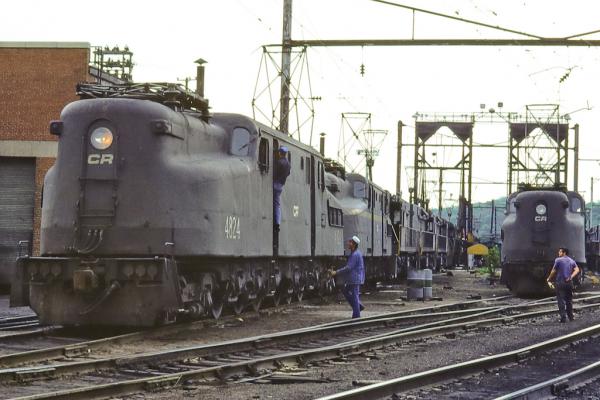 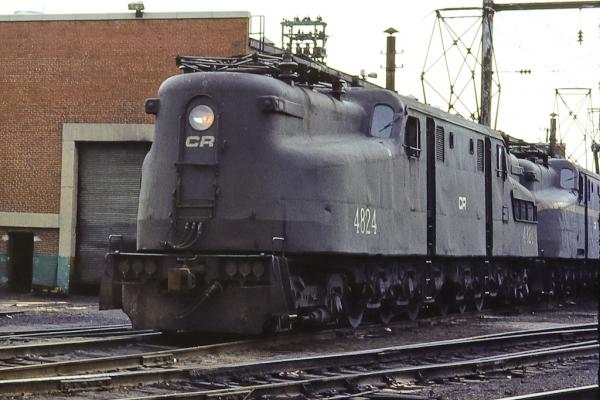 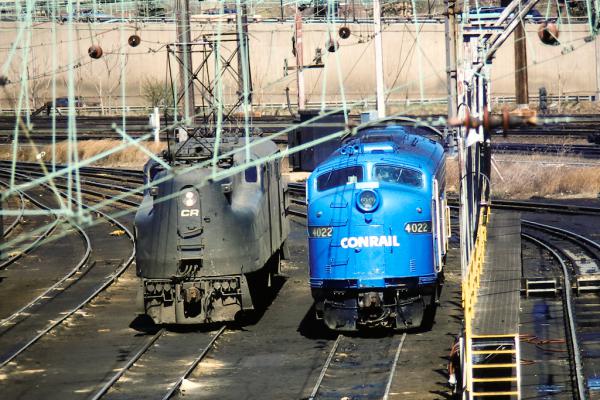