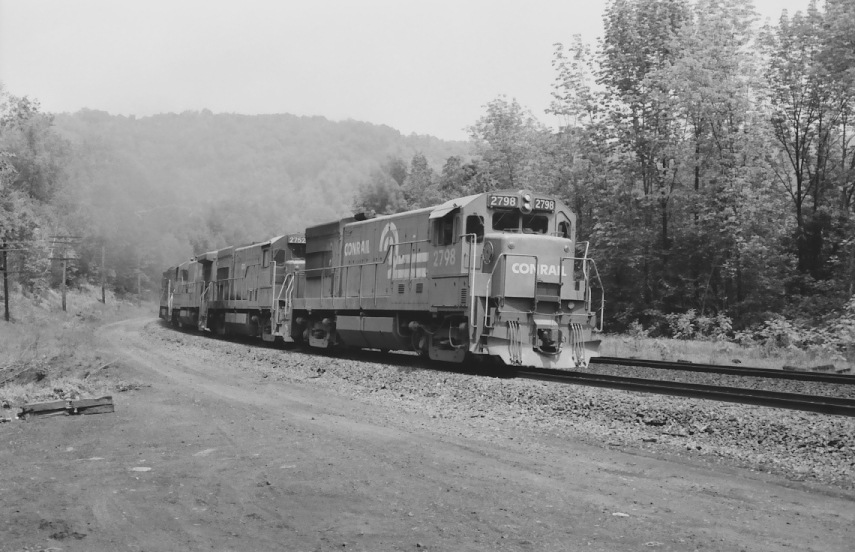 U23-B 2798 leads westbound tonnage around the horseshoe curve in Middlefield, MA. in June, 1979. The 2798 is the last "U-Boat" or "Universal series" locomotive buit by GE for domestic service. The 2798 was one of a group of U23-B's that went to the P&W in 1997 and became their 2203. In 2002 the P&W gave up the 2203 and it was then acquired by the Railroad Museum of New England because of it's historical significance.
Photographer
Carl Weber
Photo Date
06/15/79
Photo Location Name
near MP 129
Conrail Road Number
2798
Builder
General Electric
See More
Conrail Scenic and Action Photographs Carl Weber's Various Conrail Photography Carl Weber's ConRail Action in Black & White
Conrail Locomotives General Electric - B, C and U series GE U23B
Conrail Survivors (Equipment After 1999) Surviving Conrail Locomotives Surviving GE Products Surviving U23Bs
On Location with Conrail Conrail's Boston Line