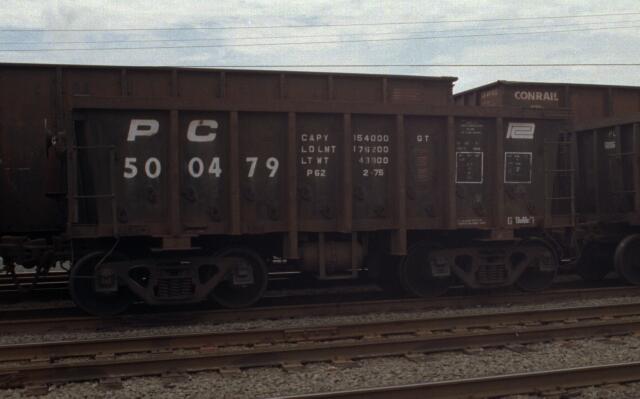 Car is ex PRR and is seen here in September 1995 with poke holes. When loaded on the ship during the Southern Hemisphere's summer in Venezuela, the warm moist ore would freeze solid soon after it was loaded into the cars after the ship reached Philadelphia in the Northern Hemisphere's winter. To loosen it for dumping, a heated lance would be inserted into the poke holes. Unfortunately, some of the poke hole covers inevitably became stuck open, distributing taconite pellets on the right of way along the route. This was especially a problem where the cars passed over bridges or trestles such as the High Line in center city Philadelphia. Signs warning of the danger of falling pellets were posted where the High Line passed over the parking lot of the General Electric facility at 31st and Chestnut Streets. Thanks to John Almeida for the information.
Photographer
John P. Almeida
Predecessor Paint Scheme
PC
See More
Conrail Scenic and Action Photographs John Almeida's RPOTW & RSOTDs
Conrail Freight Cars Ore Jennies Class G38B 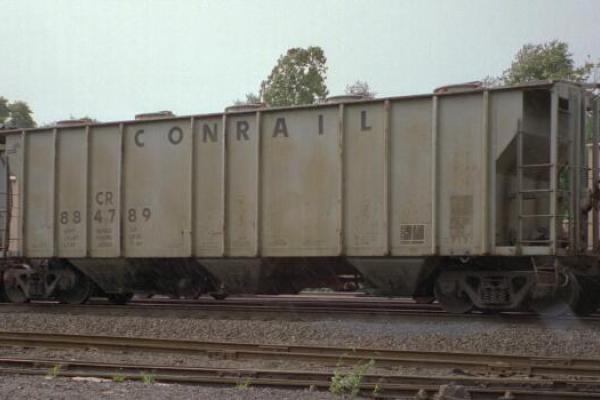 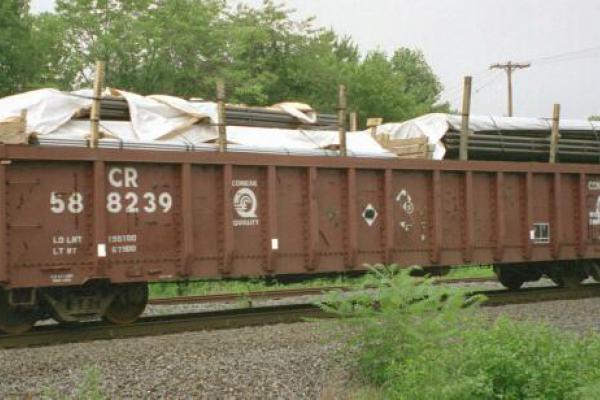 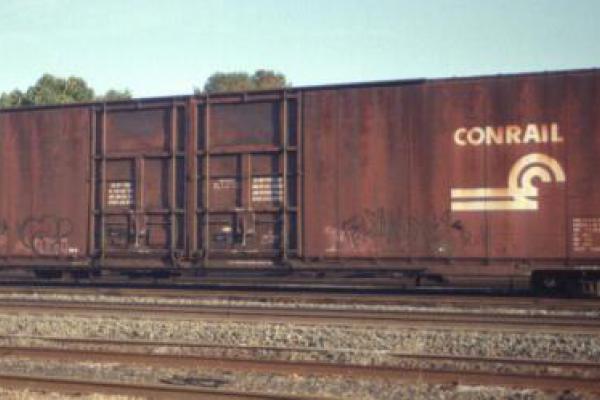 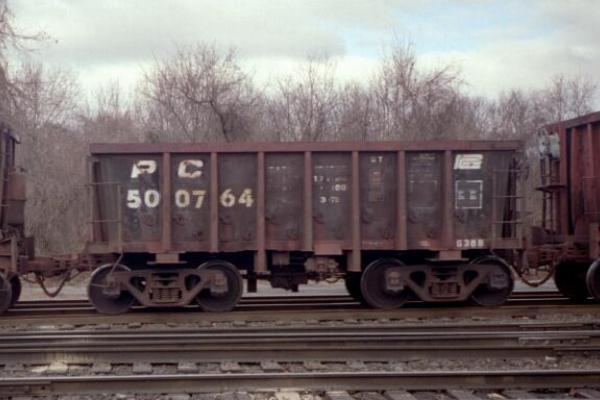